As you may remember from years past, or may have seen in our most recent email newsletter, October marks the 14 year anniversary of the Hillsborough Yarn Shop!

This year has been an unusual one, to say the least – the pandemic has dramatically changed the way we do business. Safety has to come first, though it also comes between all you fiber-lovers and the usual HYS shopping experience, where seeing and touching yarn in person is expected. The way we do business may have changed this year, but our goal has remained the same since Anne first opened in 2006: to bring the best natural fiber yarns, tools, and publications to stitchers in the Triangle. By that measure, in my opinion, Anne has succeeded tremendously, and I am so proud to be on her team, spending my days in this special shop. 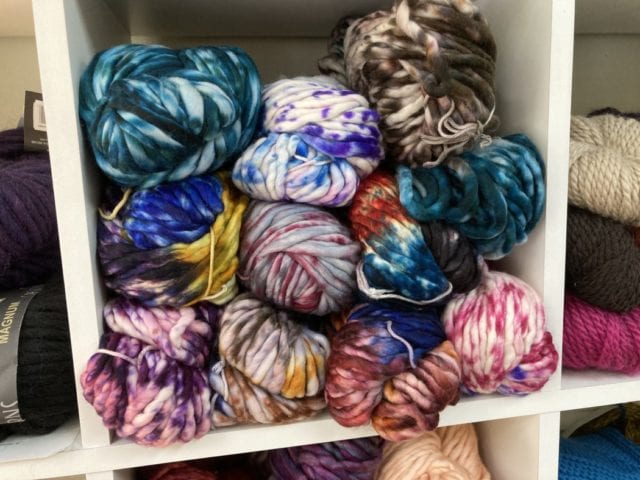 Our closure to walk-ins won’t stop our annual Anniversary Sale! From October 20 – 24, everything in stock will be 15% off, with the exception of the already discounted yarns in our Sale Trunk. This is the time to treat yourself to some exciting new yarns, splurge on an inspiring book, and save on that special project you’ve been wanting to start this fall. 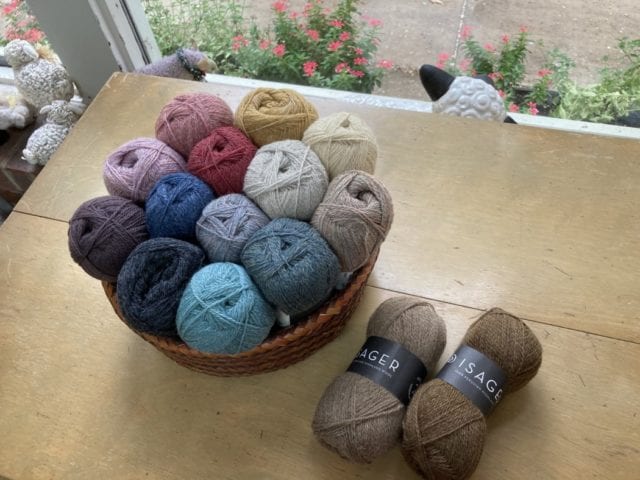 Looking for inspiration? Here are some of the most popular projects here at the shop, shown in blog posts with yarns and color combinations aplenty: 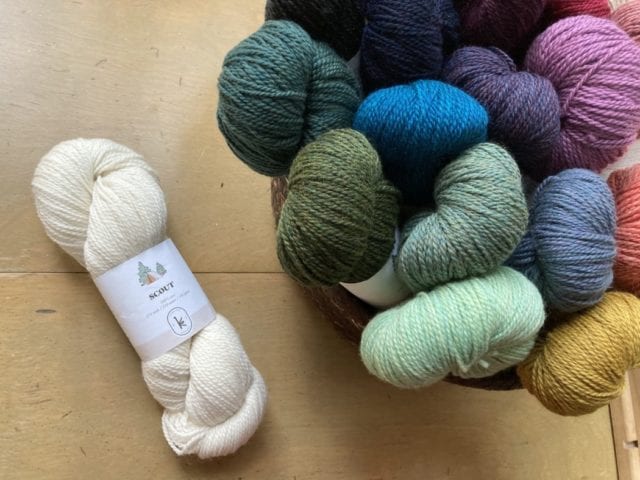 A reminder: all sales are final on discounted items; there will be no exchanges or returns. Thanks!

Behold: the premiere issue of knit.wear, a brand new knitting magazine from Interweave. Billing itself as a collection of “simple handknits for the thoughtful knitter,” knit.wear is packed with clean, modern-looking sweater patterns. Anne and I were impressed with this stylish new magazine. What do you think? Come by the shop to flip through the … [more]

Knitted hats are wonderfully useful things. For the knitter, they work on several levels. We often recommend a hat as a second or third project for beginners, as they give the relatively new knitter the opportunity to learn a few new skills: decreasing and working in the round, both with a circular needle and double … [more]

What’s that? Another new magazine, flush with cold-weather knitting inspiration? They just keep on coming. Check out the holiday issue of Knit Simple, which can be found on the teacart.

Along with all of that yarn from Cascade, we also got a beautiful sample sweater, the Cable Lovers’ Pullover, knit in Eco +. The pattern is available as a free download from Cascade’s website, along with a handful of other patterns for Eco +. In fact, Cascade offers a selection of free patterns for nearly … [more]

All of the fall knitting and crochet magazines are full of project ideas, cozy sweaters or shawls that you want to cast on for immediately. Not every magazine, though, is packed with great reading material. Knitting Traditions has that advantage over all the other knitting magazines. Pick it up if you’re interested in reading about … [more]

I could not possibly be more excited to introduce you all to this thrilling new yarn, an organic, hand-dyed merino from the Maine-based company Swans Island. If you’ve been in the shop in the past two days, then you know that our excitement for this yarn has been obvious, reflected not only in our squeals … [more]

The Knitter’s Book of Wool.

Though I breezed right past it in last week’s round up of the shop’s newest books, there is one book in particular that I am really excited about: The Knitter’s Book of Wool, by Clara Parkes. I flipped through it once or twice at the shop, and quickly realized it was the kind of serious … [more]