Shibui has just released their Spring/Summer 2014 pattern collection, six new Mix patterns that combine Shibui yarns two or three strands at a time to make unique fiber blends. We’re also excited to announce that in April, we’ll host a trunk show featuring these very garments. We can’t wait to see them in person! 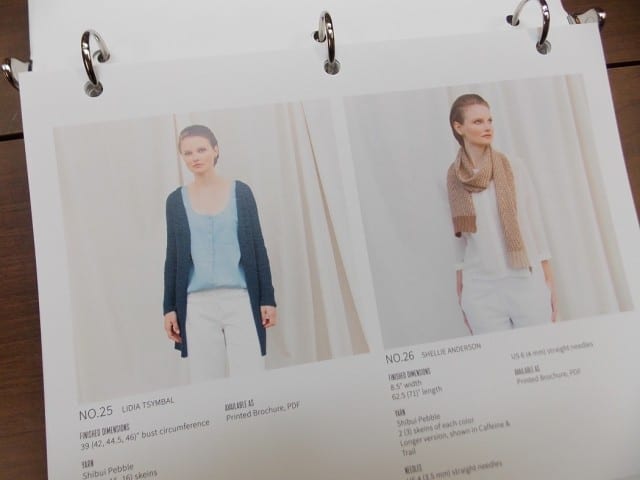 “Mix No. 25” is a long, lightweight cardigan, knit with two strands of Shibui Pebble held together throughout–the same yarn combination used to make the “Cliff” hat that we have on display here at the shop. The handsome “Mix No. 26” scarf is also knit with Pebble, two shades in a chevron colorwork pattern. We got a few new shades of Pebble in this past week, making it even more fun to come up with “Mix No. 26” color combinations. 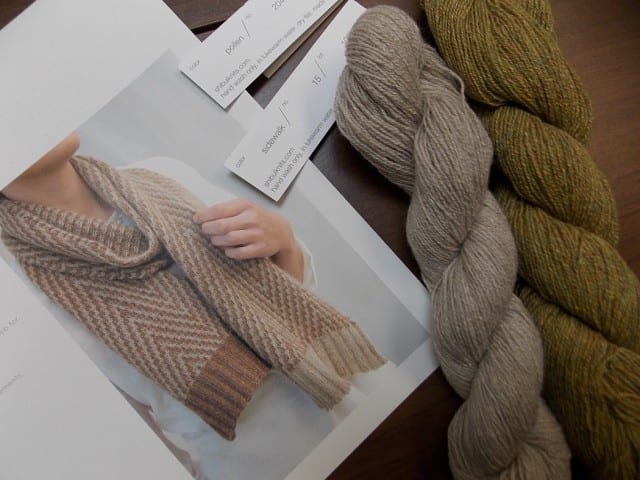 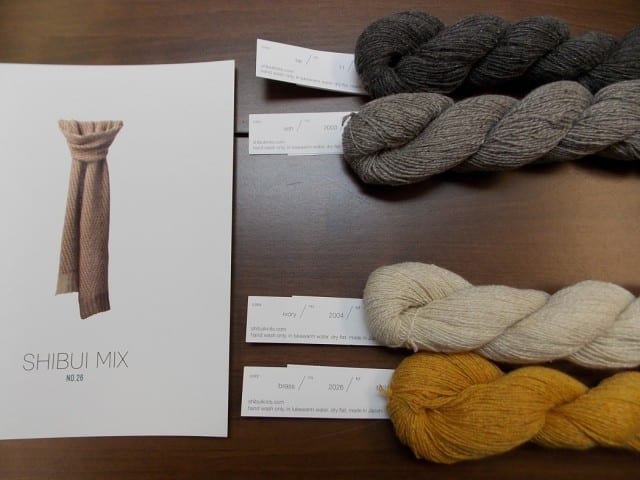 I find “Mix No. 29” perhaps the most tempting of the bunch, in part because I’ve had my double-knit “Mix No. 23” cowl wrapped around my neck all winter, and find another Shibui cowl hard to resist. 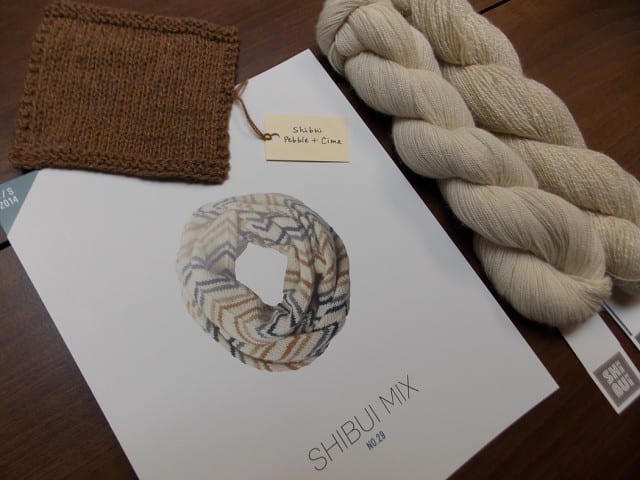 “Mix No. 29” is knit with the springy Cima and tweedy Pebble held together, a combination that makes a light and lovely fabric. It can be hard to imagine how two different yarns will behave when knit together, which is why we have swatches in each possible combination of the three Shibui yarns we currently carry. Look for a stack of them in the Shibui Mix Box, where you’ll also find the Shibui lookbooks, color-cards, and pattern binder. 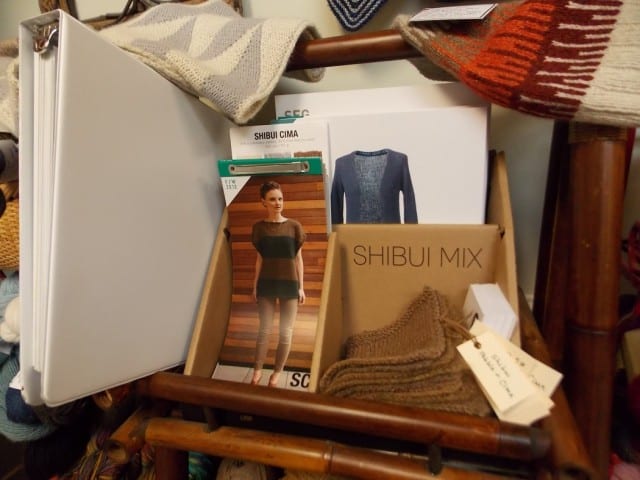 Another way to take the guesswork out of yarn-combining is to swatch these yarns yourself before you buy them, which is exactly what happens at a Shibui Mix Party. We had one here at HYS in January, where knitters and crocheters sampled Cima, Pebble, and Silk Cloud. I’m delighted to announce that we’ve got another Shibui Mix Party on the schedule, and this time, we’re offering samples of all nine Shibui yarns! Because of our small space, we’re limiting this special event to 15 participants, so sign up now if you’d like to attend! 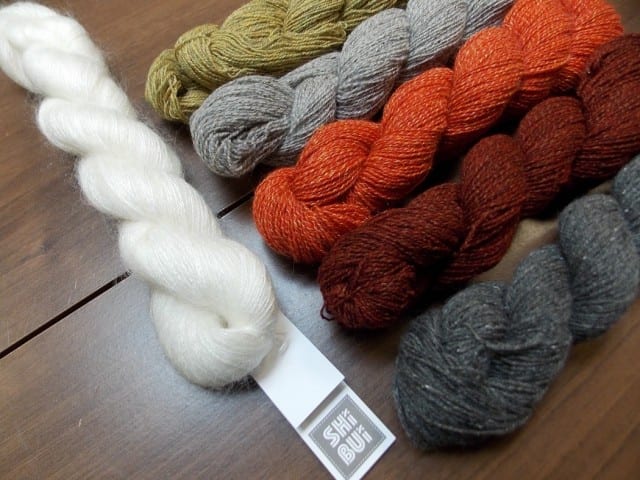 Come by the shop to see the latest from Shibui and plan your next project. (Maybe Stephen West’s new “Pebble Parallelograms,” a colorful scarf knit in five shades of Pebble and one of Silk Cloud, all of which are in stock at the shop right now, and pictured above? Just sayin’.) See you there!