“What are you working on?” is knitters’ small talk, a question Anne and I encounter and ask many times a day here at the shop. Today, we’ll pose the question to Anne herself, taking a rare peek in her personal knitting bag. 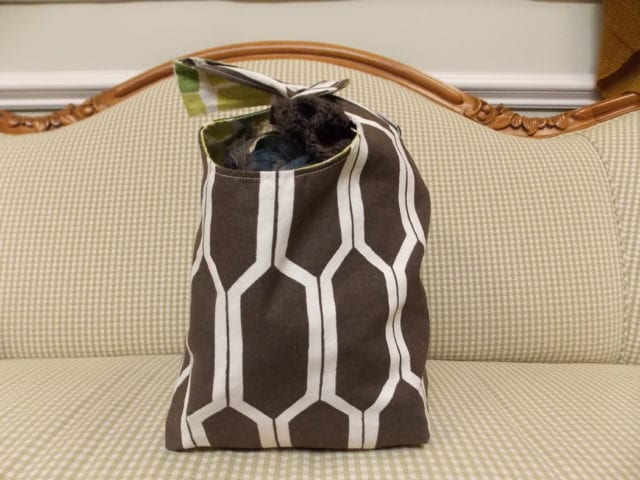 Just how much does a large Binkwaffle dumpling bag hold? If you pack as skillfully as Anne, no less than seven works in progress in various stages of completion! 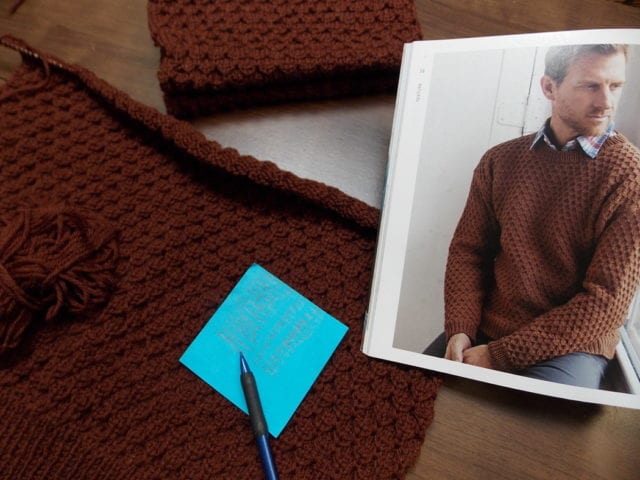 Anne is a tremendously generous knitter who loves clothing her family in handknits, and she’s also a project manager. That means she’s already planned her holiday gift-knitting for the year, completed the first piece (a twirly skirt for her eldest granddaughter), and started on the next few. The sweater above is for her husband, a “Honeycomb Pullover” in Rowan Pure Wool Worsted. 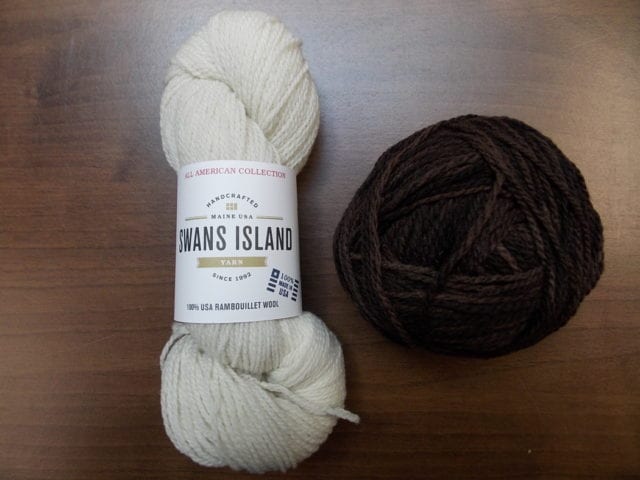 These two skeins of Swans Island All American Sport are destined to become colorwork gloves for her husband. The socks below are for her grandsons, in Colinette Jitterbug and Noro Silk Garden Sock. She’ll work on both pairs at once, switching back and forth between the blue and striped socks until they’re completed. Also note how she stores them safely in DP Wip Tubes, so none of those tiny stitches slide off the needles! 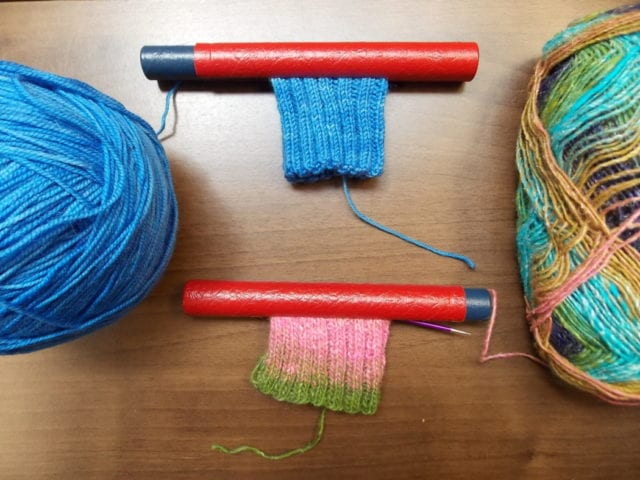 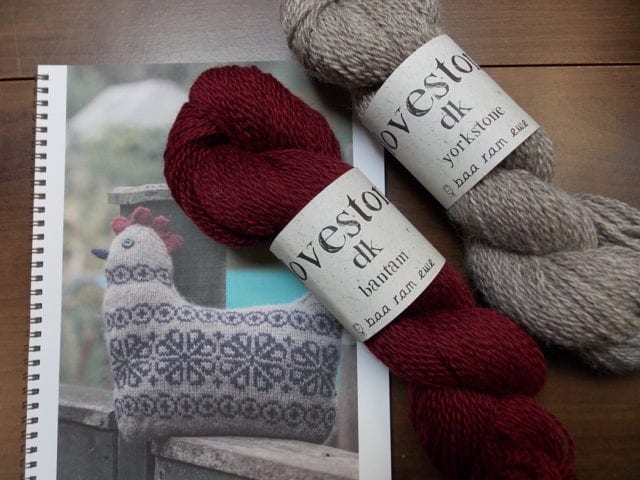 These two skeins of Baa Ram Ewe Dovestone DK will grow up to be a cuddly “Fancy Hen” for Anne’s youngest granddaughter, who gets lots of handknit hand-me-downs, but still deserves something all her own. 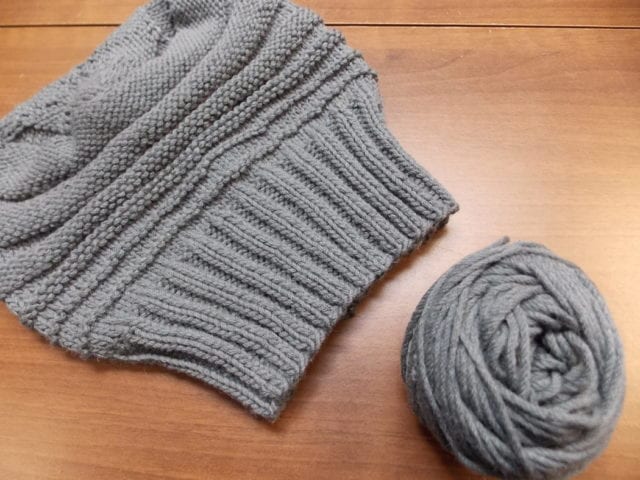 Quick to knit and easy to wear, hats and cowls are go-to gifts for many knitters, and Anne has one of each in progress. The hat above was knit in the discontinued Shibui Merino Alpaca, and sits nearly finished with just one lingering question: does it need a pom-pom? The cowl below is a bit of a teaser, since all I can say is that the yarn it’s made of is coming to the Hillsborough Yarn Shop later this Fall. More soon! 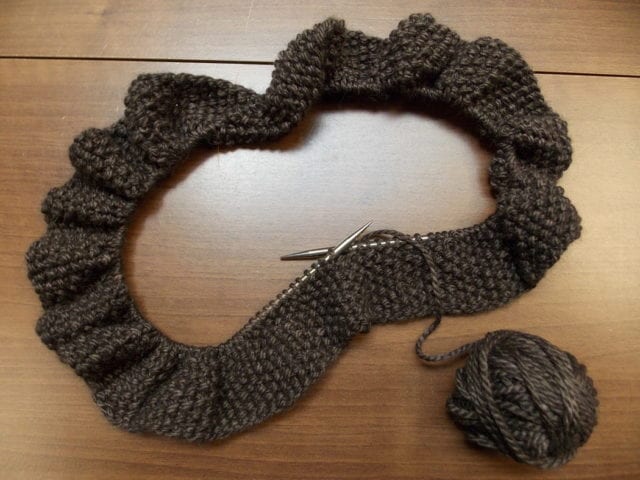 (Outside of this particular knitting bag, she also has three sample sweaters going for the shop… more on those another time.)

Are you dreaming of handmade holiday gifts for your friends and family? Follow in Anne’s footsteps and start now, so you’re not limited to late nights, super-bulky yarns and tiny accessories towards the end of the year!