Back in September, I wrote about Gudrun Johnston’s “Bousta Beanie,” a three-color fair-isle hat that I find absolutely irresistible. Since then, Anne has knit one, I’ve knit two, and so many of you have started on “Bousta Beanies” of your own! 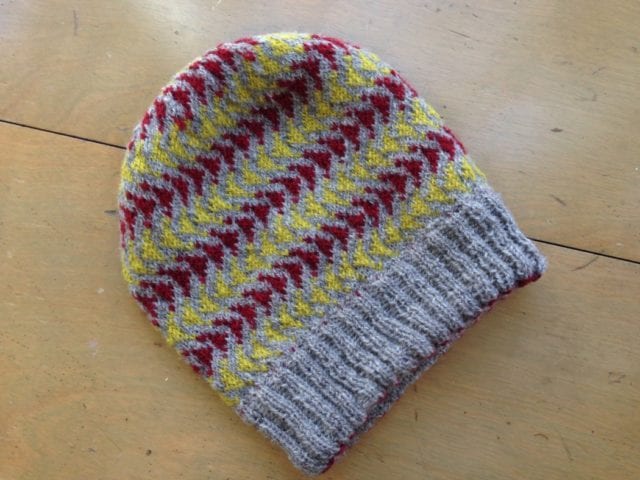 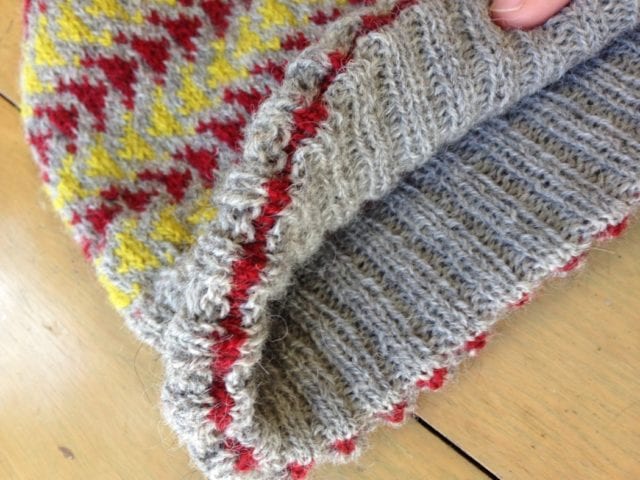 If you want to add a folded brim to your own hat, check out this Kelbourne Woolens tutorial on the subject – it helps to see it at several steps throughout the process. 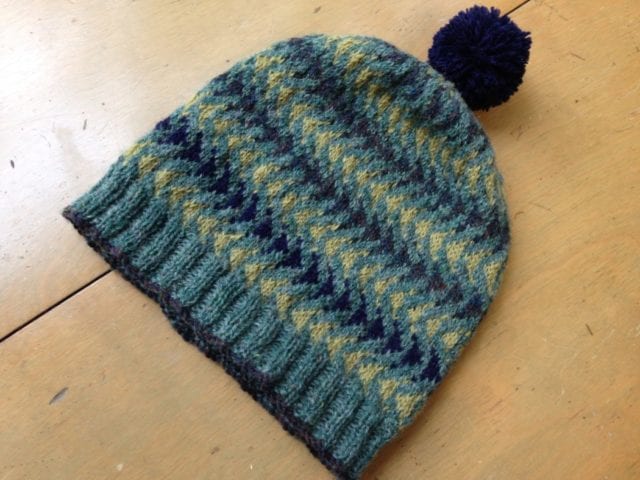 Joanne knit the “Bousta Beanie” above with Jamieson’s Shetland Spindrift, which offers an unparalleled selection of colors – we have 126 in stock at my last count! 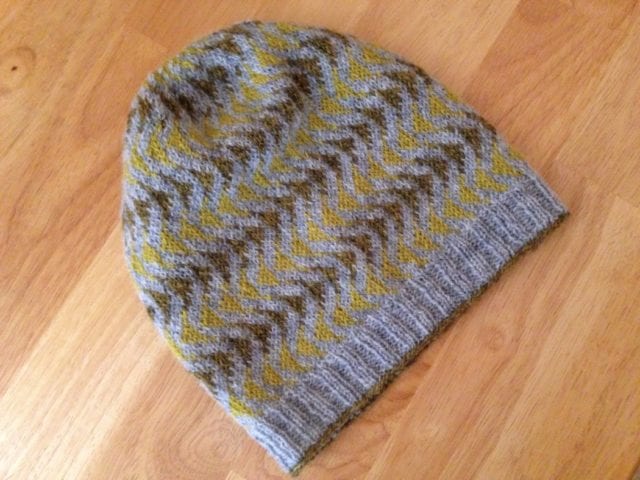 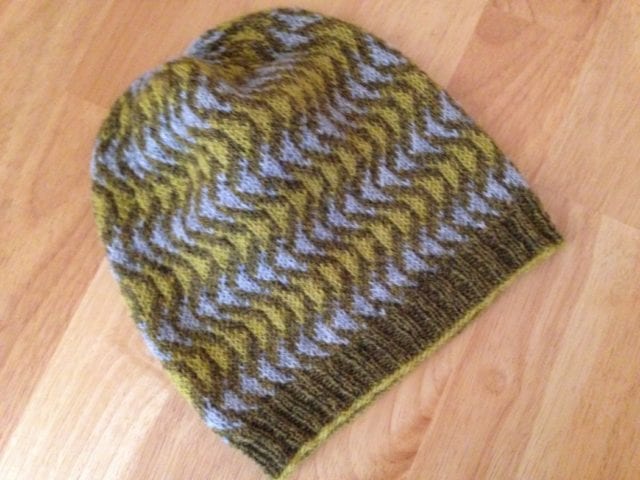 I love how both hats turned out, though they’re very different; it was fun just to see what happened as the colors came together, row by row.

Anyone else out there knitting “Bousta Beanies”? We’d love to see them and hear about what yarns and color combinations worked best for you!