Our friend Sherri loves to make scarves and cowls as gifts, always looking out for patterns that are quick and easy to knit. She came home from a recent ski trip telling us about a chunky openwork cowl she saw around the neck of every young woman on the slopes. She snapped a picture of a similar cowl at a store and showed it to Anne. “We could make these,” she said, “and you should make one for the shop!” When Anne relayed the idea to me, we began designing Sherri’s cowl together. I looked through the perennial 365 Stitches a Year, pausing now and again to show one stitch pattern or another to Anne. “Did it look like this?” I asked. “Or this?” When I landed on the right stitch, I got out some yarn and US size #17 needles to swatch. 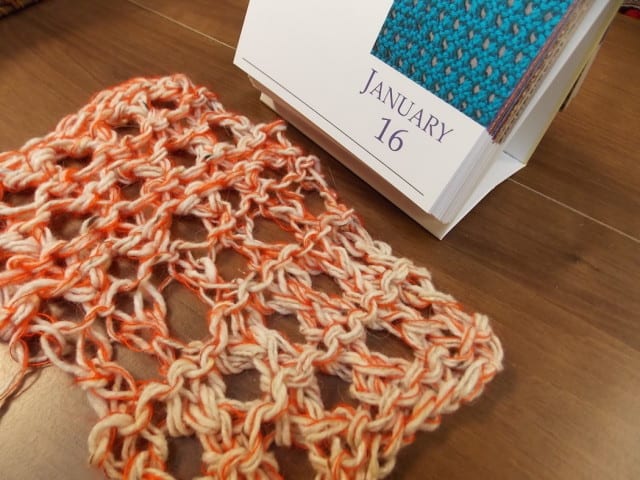 First I tried Shibui Silk Cloud held with two strands of Debbie Bliss Donegal Luxury Tweed Aran, then just one strand of each, and finally two strands of each, which made a fluffy, lightweight fabric at a gauge so large, it seemed to knit itself.

I knit it flat, like a scarf, then sewed the ends together to make a loop. The finished cowl now hangs at the shop, and I’ve written up a little pattern for it, which is free with the purchase of yarn for the project. 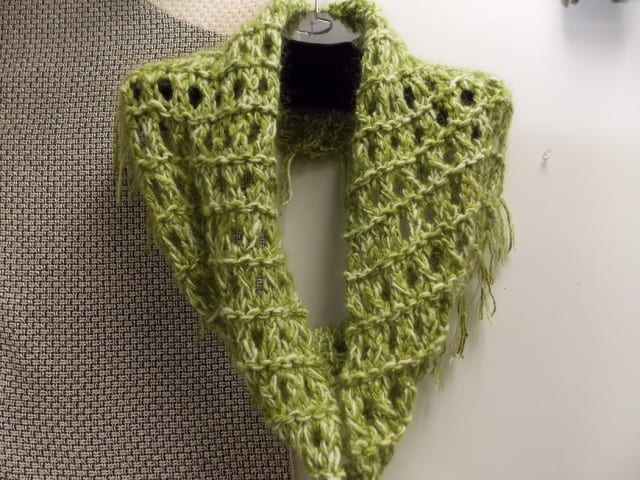 I named it “Sherri’s Cowl,” which seems fitting; Sherri herself had already completed almost two of these before I finished mine with fringe. 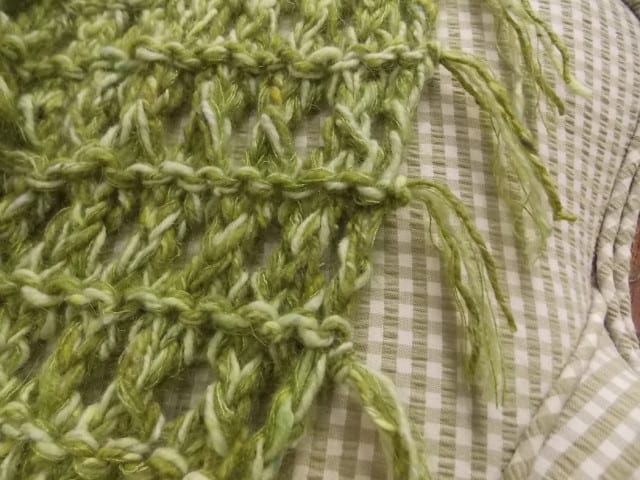 I chose three different shades of green, for a marled effect: a light and dark in the Debbie Bliss Donegal Luxury Tweed Aran, and a medium in the Shibui Silk Cloud. 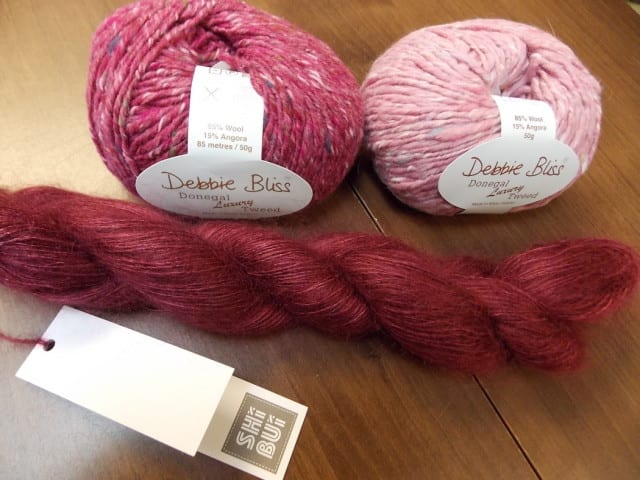 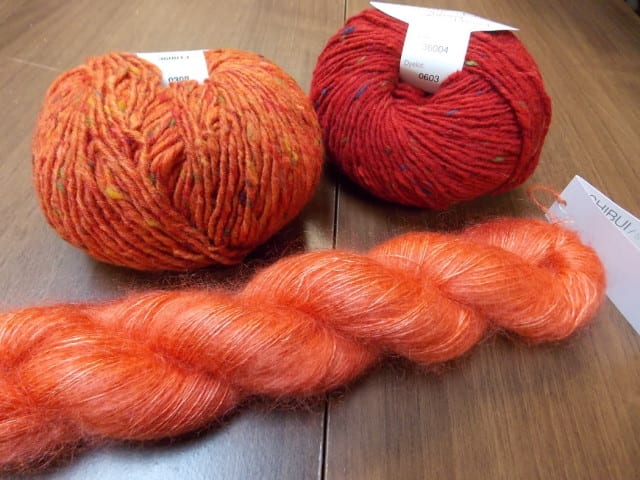 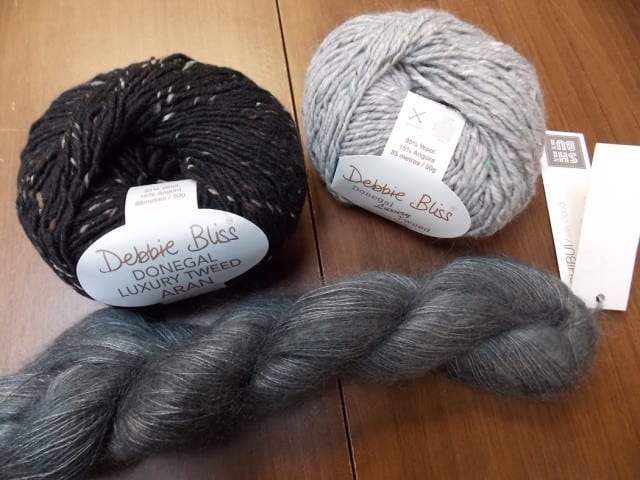 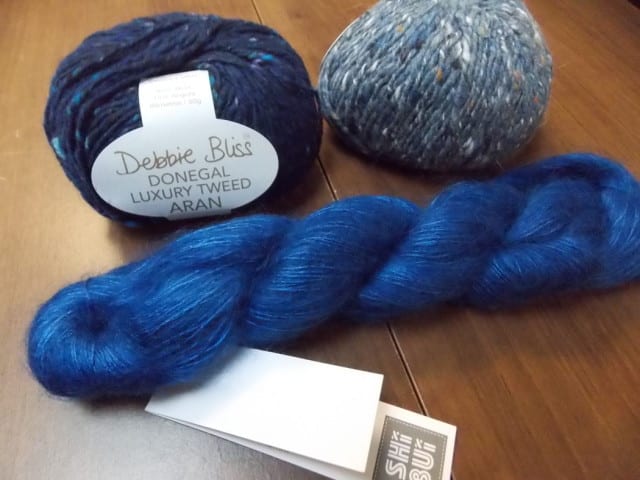 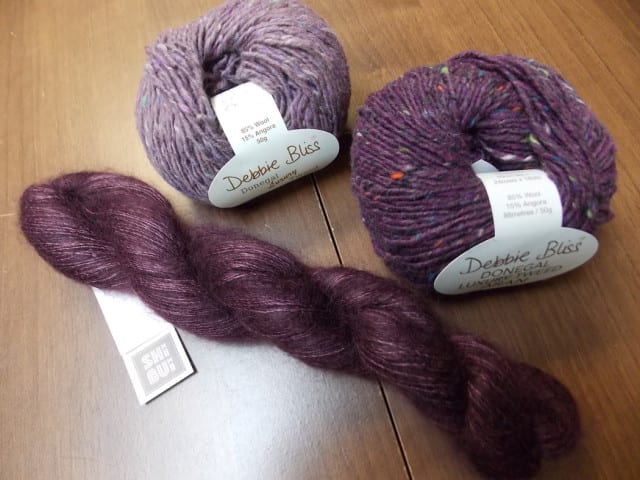 There’s something so satisfying about combining colors and seeing how they come together in the knitted fabric. I can’t wait to see what other combinations you knitters come up with! 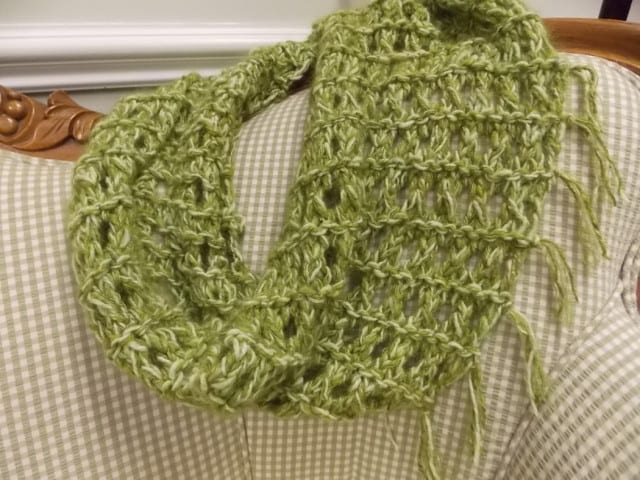 Come by the shop to try on “Sherri’s Cowl” and plan one of your own. Sherri tells me they are somewhat addictive, and I can confirm that at the very least, they are gratifying in their speedy creation and playful yarn-blending. See you at the shop!