While the shop is closed for a Thanksgiving break, I thought it would be fun to catch up on some show and tell here on the blog. We’ll reopen at our regular business hours on Tuesday, December 3; til then, let’s have a look at some of the projects folks have brought into the shop to show us! 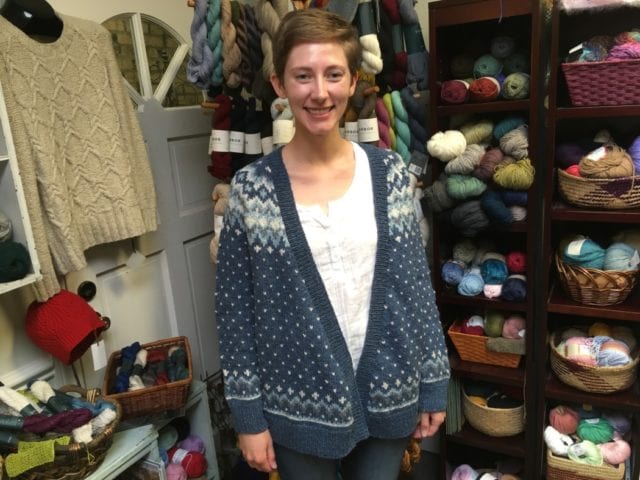 I noticed a theme running through my current stash of show-and-tell photos: stranded colorwork. It’s a popular technique in our classroom, which is where these first two projects came to be. Above is Kristen in her “Galloway” cardigan, knit with Brooklyn Tweed Shelter, looking lovely in shades of blue and gray. Below is Peggy’s “Galloway,” and also her very first sweater – well done! 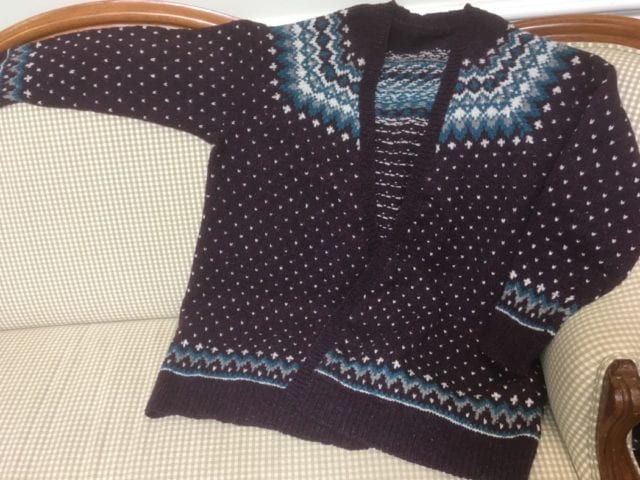 Shelter is a popular yarn for colorwork sweaters – it’s what Glen used for his “Knitter’s Dude” cardigan, designed by Andrea Rangel. This was his first steek, a milestone, and expertly executed. Nice job, Glen! 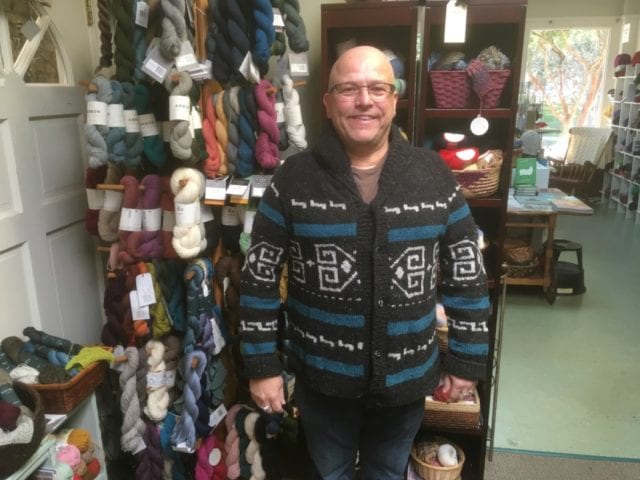 Emily knit this “Plum Pudding Pig” with Fibre Company Lore, a DK weight Romney wool that’s well-suited to colorwork. When she brought it in for show and tell, we all wanted to give it a squeeze. 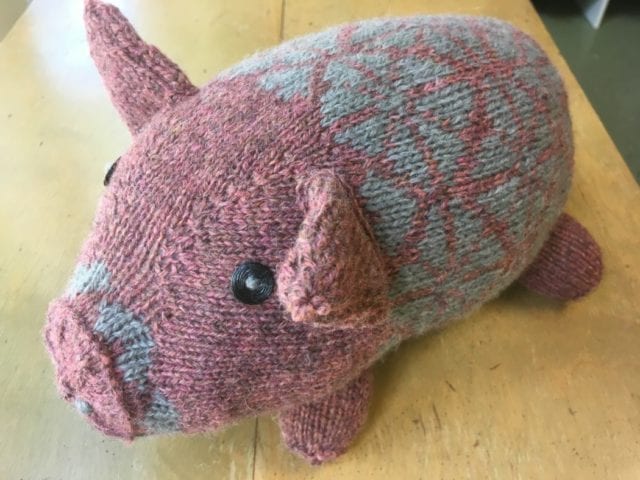 Below is Shula’s “Tessera Cowl,” designed by Jared Flood, and knit with Brooklyn Tweed Loft. Not all knitting projects are a joy from beginning to end – of this one, Shula bluntly said, “This was a pain in the neck,” laughing, but relieved to be done with it. We’ve all had projects like this, no? 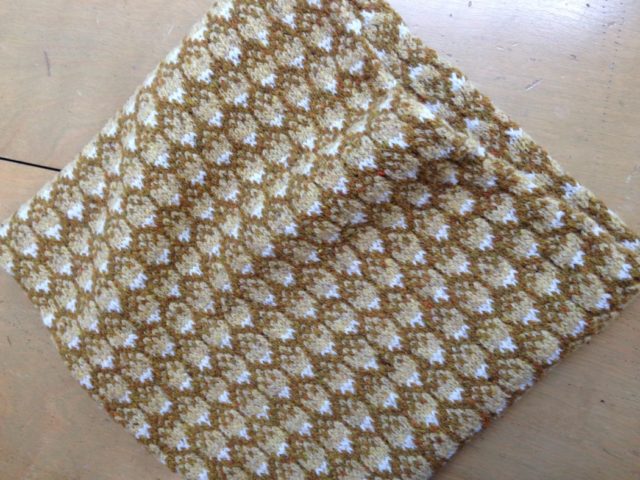 Shelley knit this “Còinneach” cardigan with Swans Island All American Sport in a striking color combination, candy-colored brights popping out against a neutral brown background. The pattern is from Kate Davies’ West Highland Way. 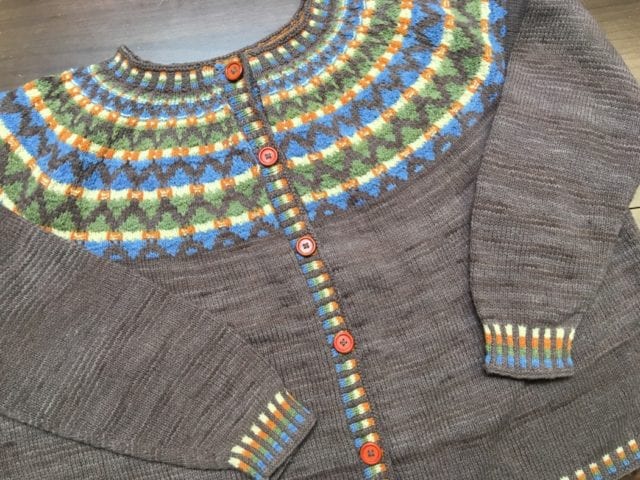 Thanks to Kristen, Peggy, Glen, Emily, Shula, and Shelley for sharing their work with us, and thanks to everyone who starts their projects with a trip to the Hillsborough Yarn Shop!

Hope you all are enjoying the holiday, we look forward to seeing you when the shop opens again on Tuesday, December 3. In the meantime, look for more show and tell on our blog in the coming days!