I mentioned a few posts ago that the Stole, with a capital “S,” might be a good way to take advantage of our Annual Inventory Sale. Nine skeins of Isager Alpaca 2 have a way of adding up, and the month-long 15% discount on everything in the shop will help take the edge off. The Stole has become a bit of a hit here at the Hillsborough Yarn Shop since we first got the new book Wearwithall. As in, we had to restock nearly every color of Alpaca 2, and we may need to do it again soon. I thought the Stole deserved more than a mention; here is its very own post. 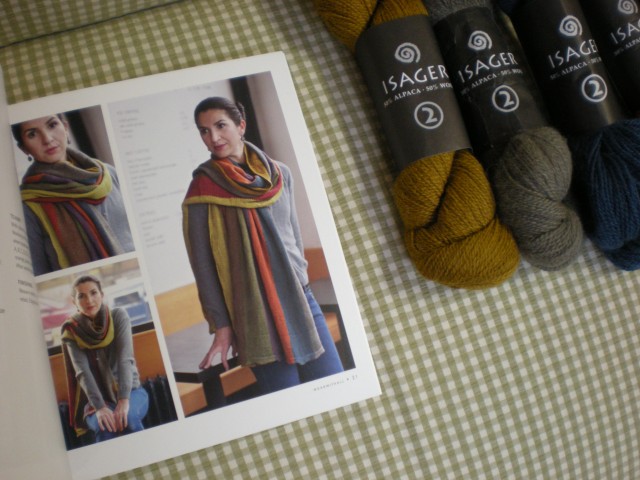 Having seen several beautiful Stoles-in-progress, Anne recently cast on for one of her own, using seven colors of Alpaca 2 whose first life was as a colorwork pullover. After two years on the needles with only a few inches done, Anne decided it was time to rip out the colorwork and give the yarn a second chance as a Stole. 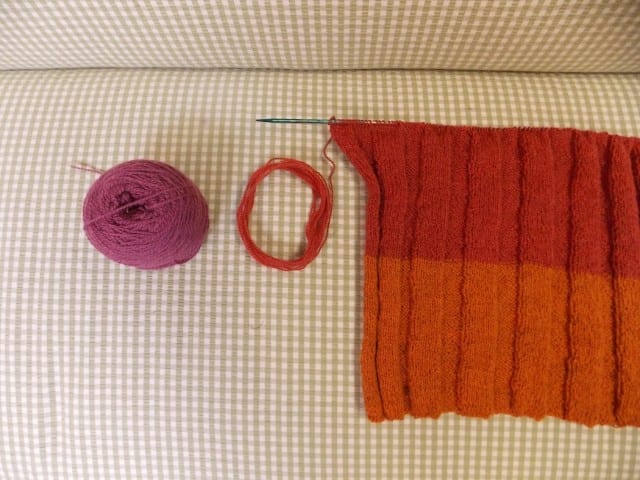 As you can see by all the progress she’s made in only a handful of weeks, she made the right choice. Sometimes it seems painful to rip out a work in progress that you realize you’ll never finish, but this is one of the major joys of knitting: yarn can be reused. Your efforts are not wasted when you rip something out; a pile of ripped-out yarn is a sign that lessons have been learned and a new project can begin. 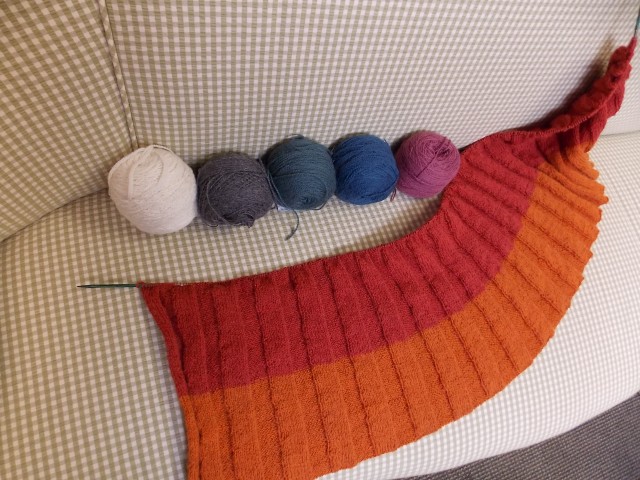 It’s been such a pleasure to watch knitters break from the colors shown in the pattern to create their own combinations–this one cool in blues and greens, that one warm in neutrals, another autumnal with a pop of chartreuse. The Isager color palette is welcoming in this way, the colors play well together in all kinds of variations. 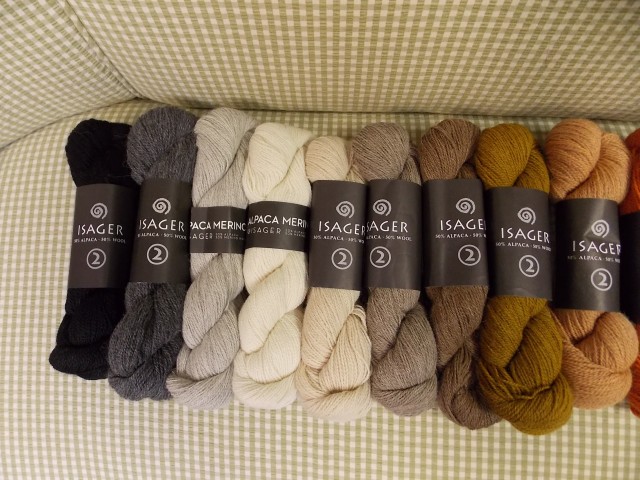 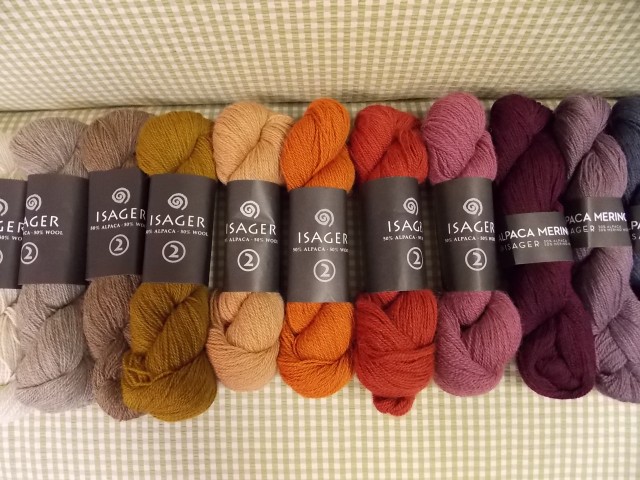 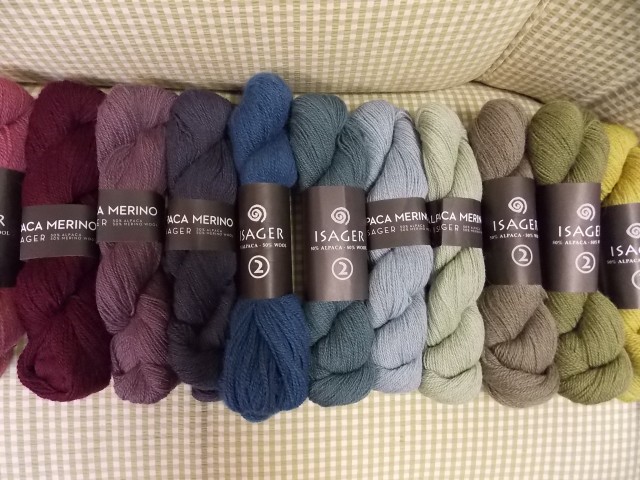 Come by the shop to quench your thirst for Alpaca 2, and to see Anne’s Stole-in-progress. This is a project that needs to be touched to be understood; photos don’t do it justice. See you at the shop!