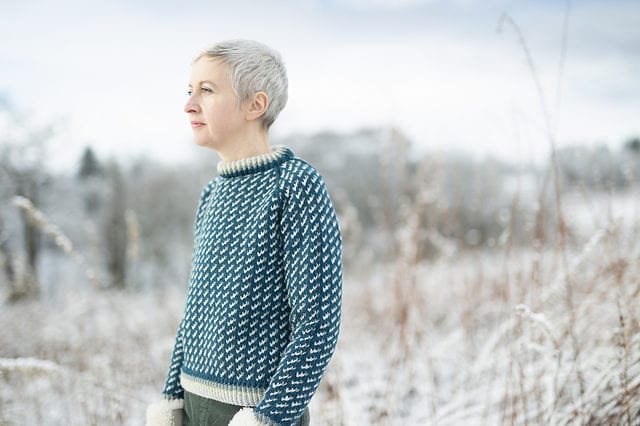 Kate Davies has designed just two patterns so far for her newest yarn, Àrd Thìr. They are both named “Weel Riggit,” which means “well dressed” in Scots and Shetland dialects. 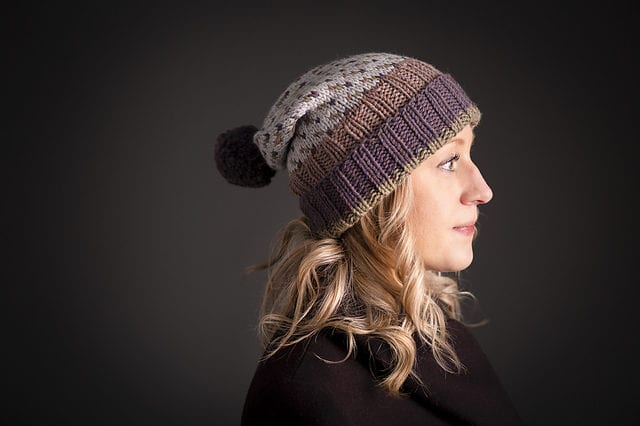 The sweater pattern is currently exclusive to Davies’ club, but eventually it will be available as a single pattern. The “Weel Riggit Hat,” on the other hand, is available to purchase from Ravelry, and has been the subject of much discussion here at the Hillsborough Yarn Shop since Àrd Thìr arrived! 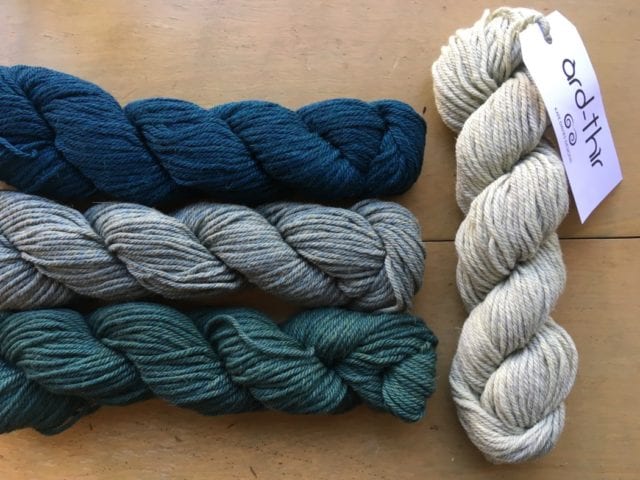 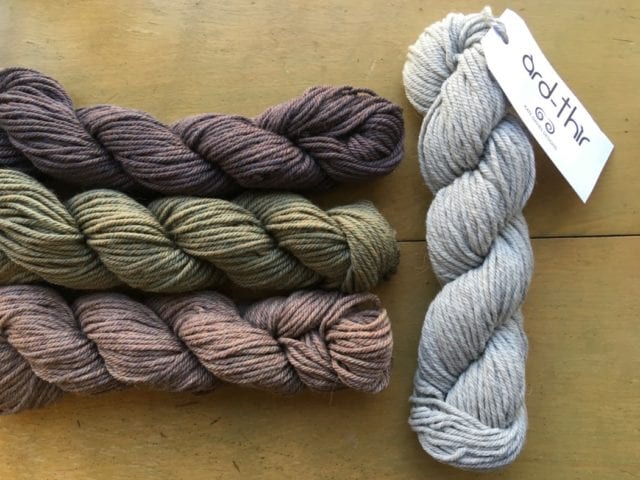 Davies’ pattern shows the hat in two colorways, both of which share a certain logic: color A (pictured here on the right) is much lighter in value than the three contrast colors, B, C, and D, which are themselves similar in value. With this strategy in mind, I’ve created a few more “Weel Riggit” color combinations. 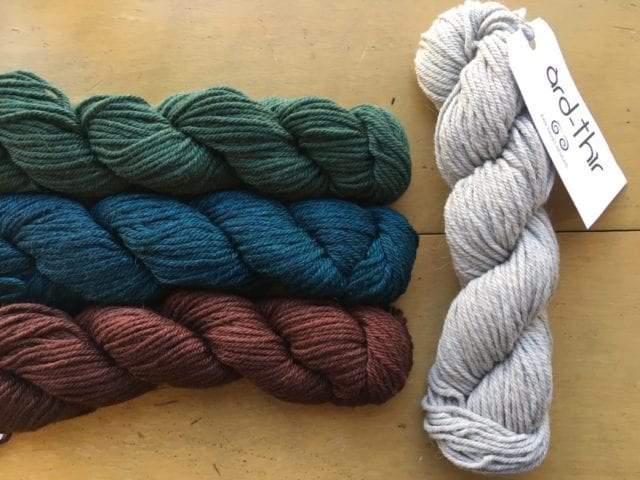 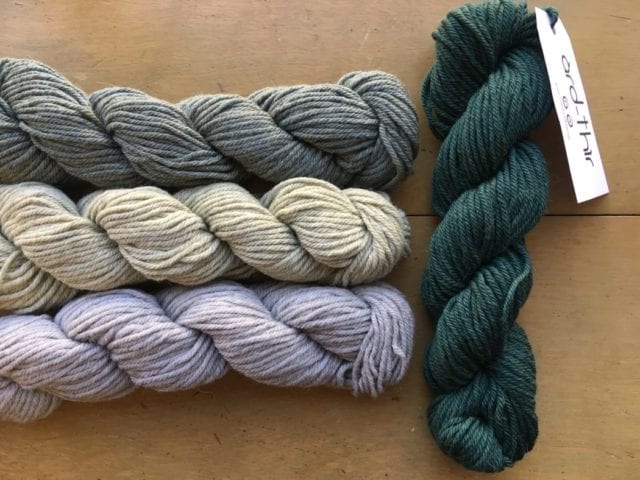 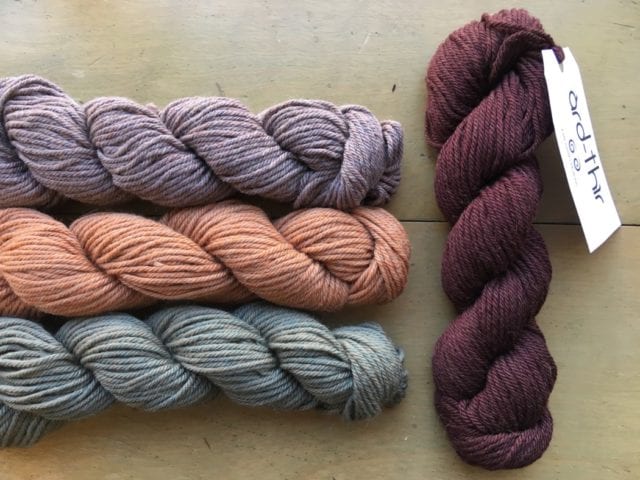 After much deliberation, I decided to knit my own “Weel Riggit” hat in the colorway shown at the very top of this post, in Davies’ “Weel Riggit Pullover.” 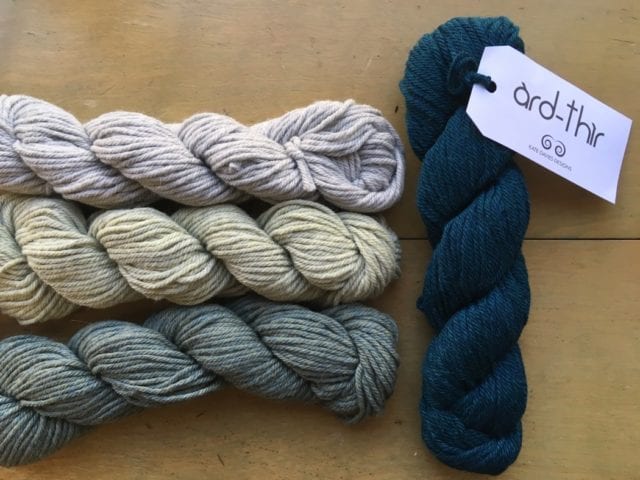 I’m so pleased with the outcome – the experience of knitting it was satisfyingly quick, and the finished hat blocked beautifully, relaxing and softening an already lovely fabric. 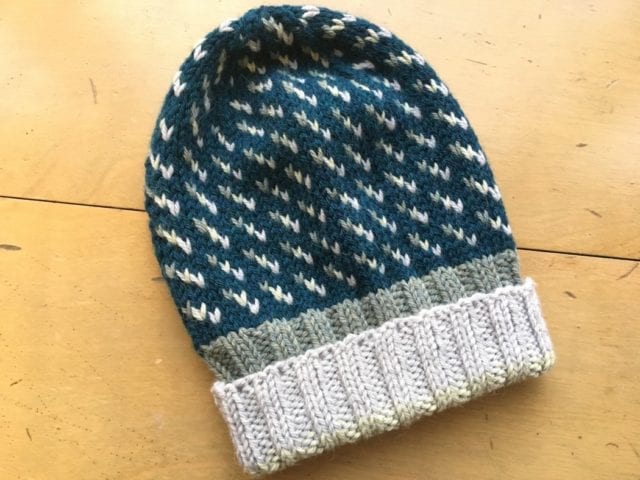 You can read more about Davies’ design process on her blog, where she also discusses a bit of the history and cultural context for “Weel Riggit.” Come by the shop to see this “Weel Riggit” hat on display, and to pick four shades for your own!