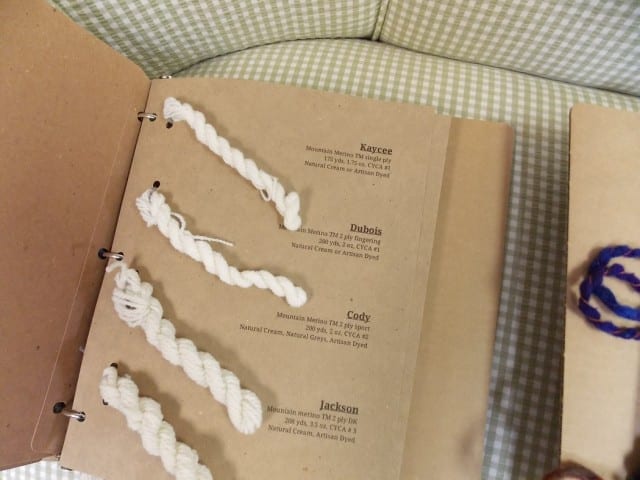 In between swatches, project ideas were tossed around, colorcards were examined, and finished garments and swatches were admired. 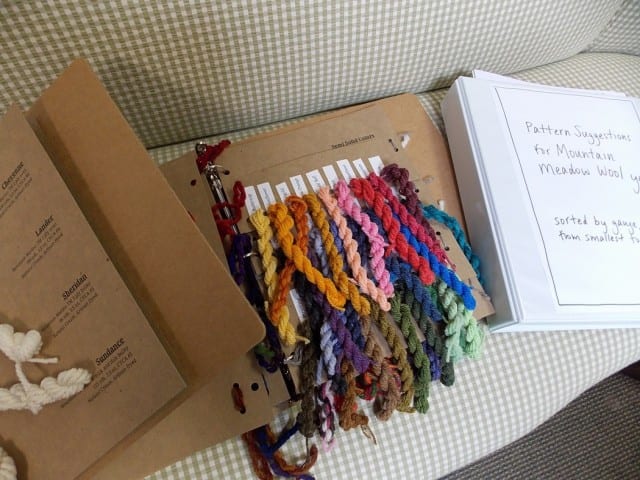 I’d managed to finish a sweater in Mountain Meadow Wool Cody just a day before the yarn tasting, so that was passed around along with other samples from the company itself. 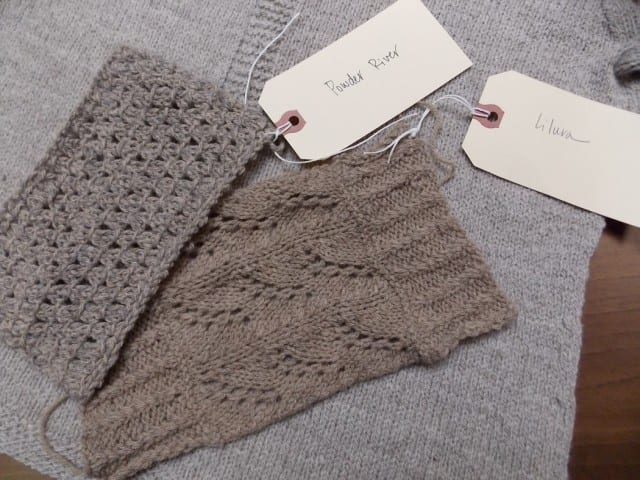 It was especially heartening to hear so many positive reviews of Cody, a yarn that I fell in love with after just a swatch, and only love more having spent a sweater’s worth of time with it. Cody is springy and stretchy, somehow softer on the needles than in the skein, and becomes a velvety smooth fabric, much more consistent in texture than one might expect from the slight unevenness of many 2 ply yarns. 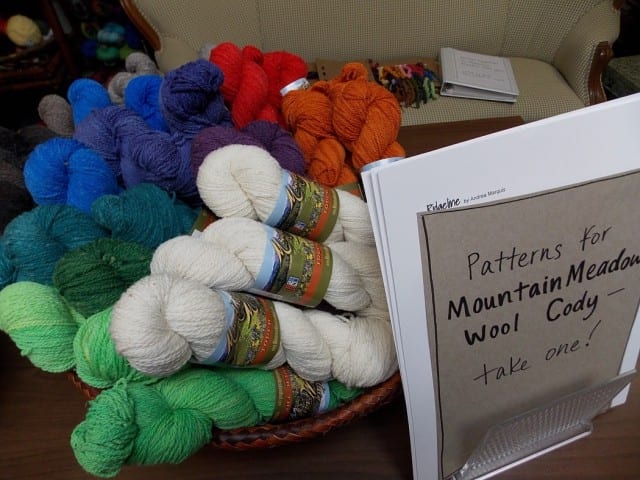 Our generous MMW sales rep, Andrea Marquis, is also a knitwear designer, and sent along copies of her newest pattern for the yarn tasting–the Ridgeline neckwarmer is yet another great use for Cody. (If her name sounds familiar, that’s because she also designed the Range Wrap, which currently hangs in our front window.) We are so grateful to Andrea, not only for making the yarn tasting possible, but also for introducing us to Mountain Meadow Wool! After such a positive yarn tasting event, it’s safe to say that we at HYS are big fans of their yarns. Come by the shop to see Cody and consider it for your next project, and stay tuned for more MMW yarns and perhaps more yarn tastings in the future.