Some of our favorite Schoolhouse Press titles are now back in stock! 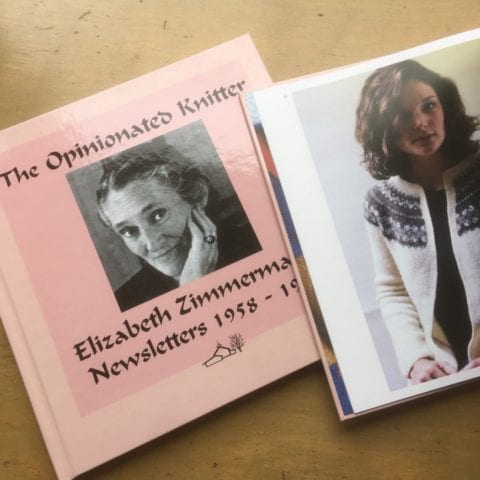 The Opinionated Knitter is a collection of Elizabeth Zimmermann’s original newsletters and the clever designs within. It also includes updates from her daughter, Meg Swansen, and new photos of these classic designs. This is an inspiring book, and a bit sentimental for me – Zimmermann’s “Fair Isle Yoke Cardigan” was my first-ever colorwork sweater, igniting a curiosity and preoccupation that persists over a decade later. 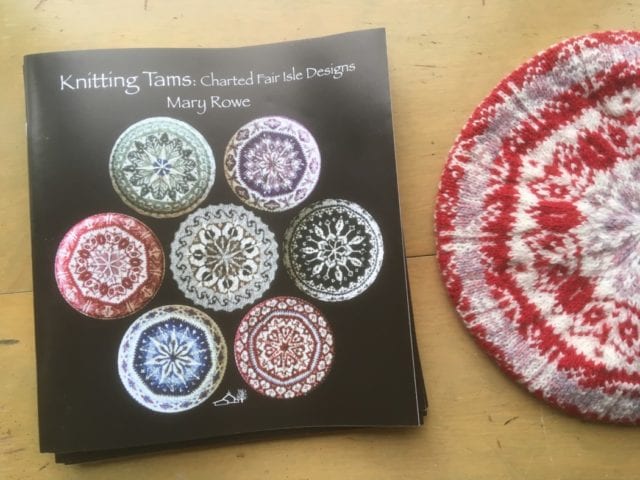 Mary Rowe’s Knitting Tams is full of fair isle tam patterns using one of our favorite yarns, Jamieson’s Shetland Spindrift. Anne made this one, which hangs on the wall of our shop with so many other colorwork hats. Even in this distracting context, Anne’s tam stands out, knit in cheery colors and featuring a bird motif near the brim, which some insist is a dinosaur. Either way, it’s a fun hat to knit, and has inspired some to knit through the whole book!

Meg Swansen & Amy Detjen’s Knitting With Two Colors is neither a book of sweater patterns nor a book of colorwork charts, but truly a book of techniques, a slim paperback volume that is absolutely bursting with information. Pick up this book for technical detail on steeking, guidance on altering existing colorwork patterns and designing your own, along with the hows, whys, and whether-or-nots of various hems, borders, and necklines. If there’s an ambitious colorwork project in your future, this book should be in your hands. 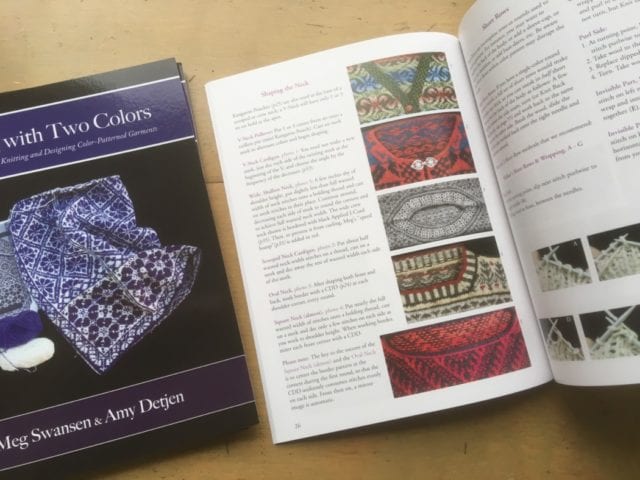 We’ve also got EZ’s famous “Baby Surprise Jacket” back in our single pattern binders, and a BSJ class in the works for the new year – swing by the shop soon to browse books and patterns!