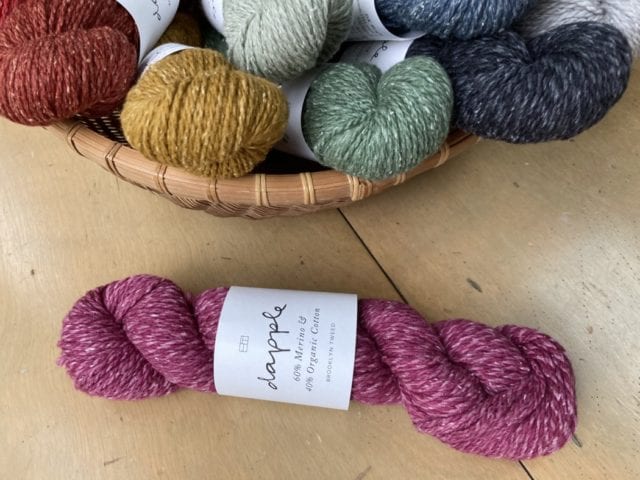 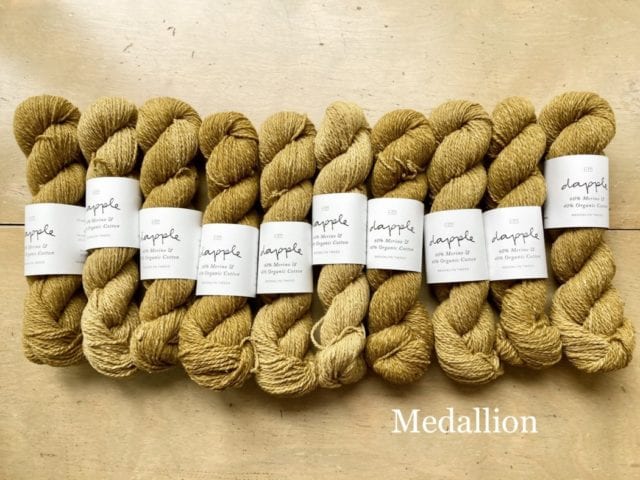 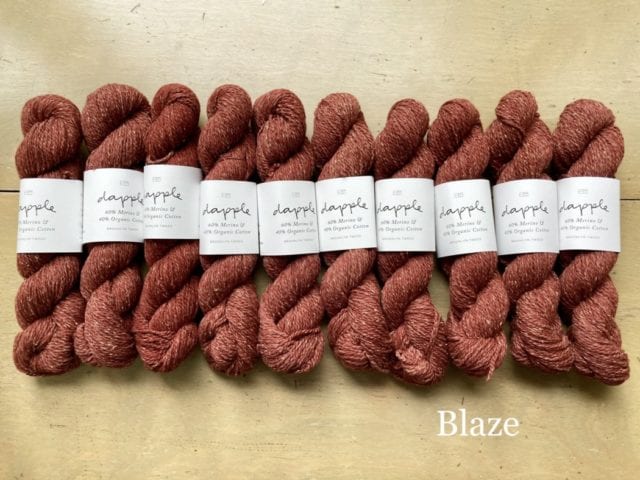 Dapple is tonally dyed, meaning skeins in the same colorway differ from one another even in the same dye lot. Some are lighter, some are darker, some almost look marled! This isn’t immediately apparent when looking at one skein of Dapple at a time, so I’ve laid out big groups of each colorway to give a better sense of the variety. 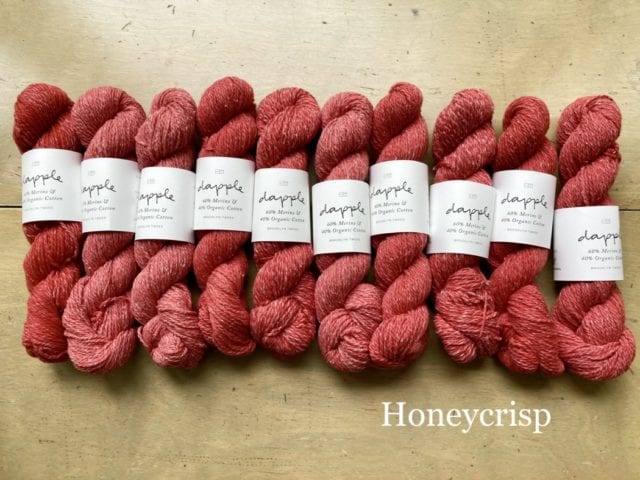 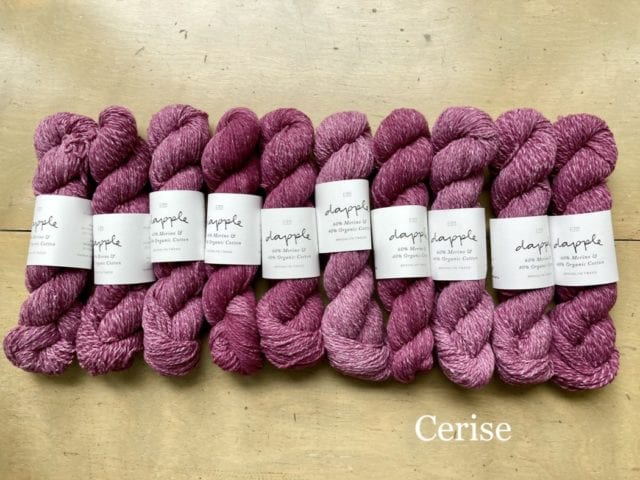 It’s a refreshing new look from Brooklyn Tweed, and one that invites new ways of playing with color. Bold stripes and colorwork come immediately to mind, but don’t shy away from using Dapple in a single-color garment; you can arrange the skeins in a gradient from light to dark, or arrange them randomly by value and alternate skeins for a more blended effect. 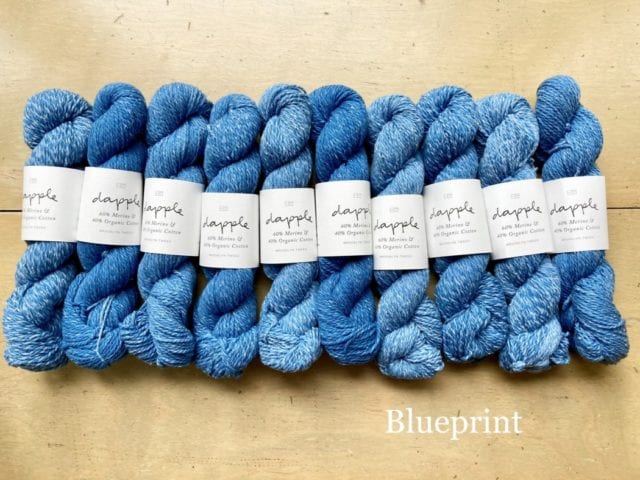 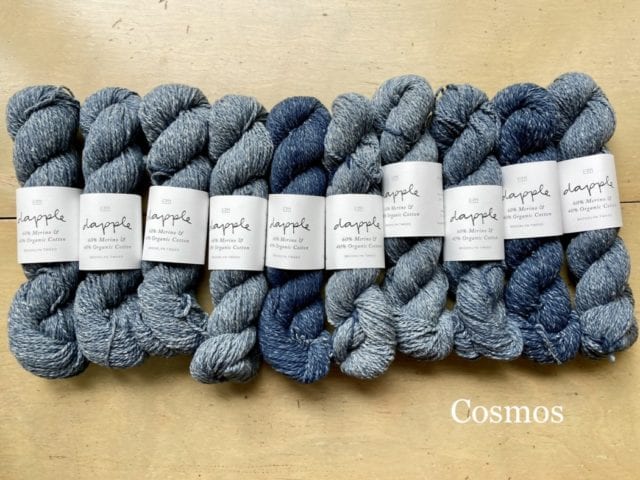 Like all Brooklyn Tweed yarns, Dapple is sourced, spun, and dyed in the US, an effort to produce beautiful yarn sustainably and ethically.

Part of that ethical production is acknowledging that cotton is a fiber with a fraught history in America, one whose impact is still felt. Cotton production is rooted in the displacement of indigenous communities, the exploitation of the labor of enslaved Black people, and the devastation of land through overproduction. 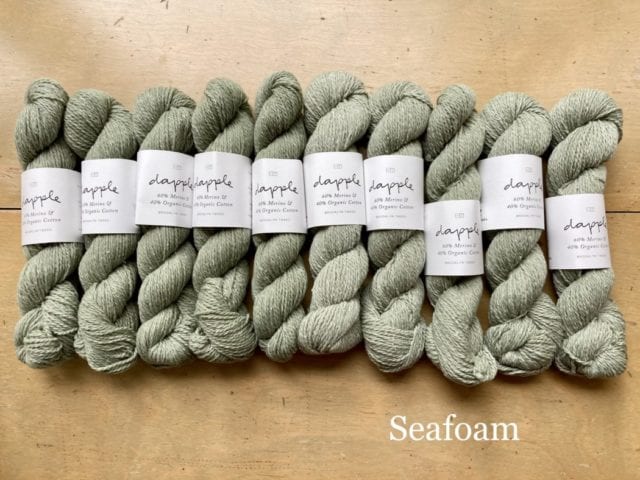 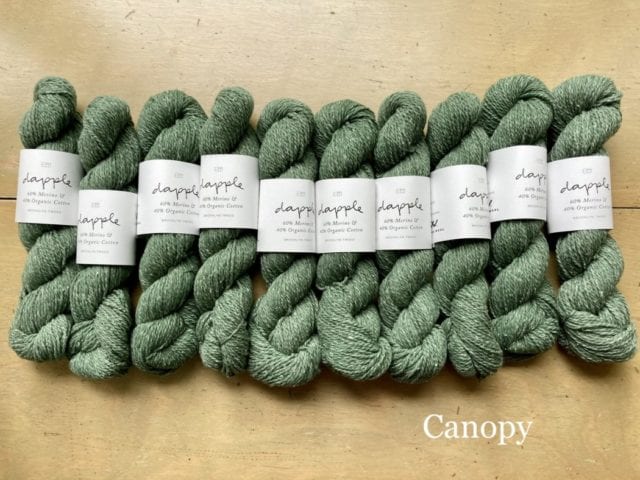 In contrast, Dapple’s cotton comes from members of the Texas Organic Cotton Marketing Cooperative, who maintain safe labor practices for their employees while farming in a sustainable manner. It is as important to invest in this work as it is to learn about this history, and Brooklyn Tweed is doing both and inviting us to join them. Going forward, they are donating a portion of Dapple’s proceeds to the National Black Farmers Association, and are sharing a series of videos and essays on textiles and race as they introduce Dapple. 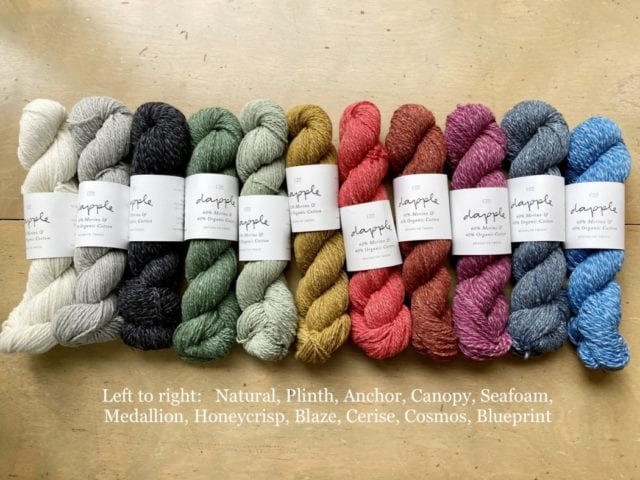 What to make with Dapple? This new yarn has launched with patterns from Jared Flood: “Ginn,” a raglan pullover, and “Urtia,” a half brioche hat. Stay tuned for more pattern ideas, and to see what’s on our needles – we’ve found so many exciting projects for Dapple! 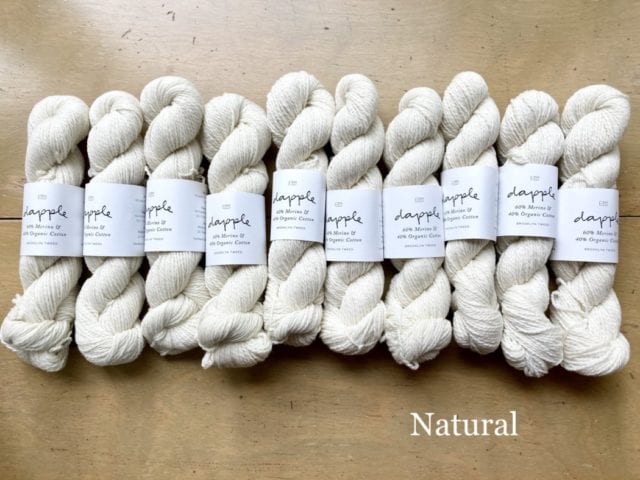 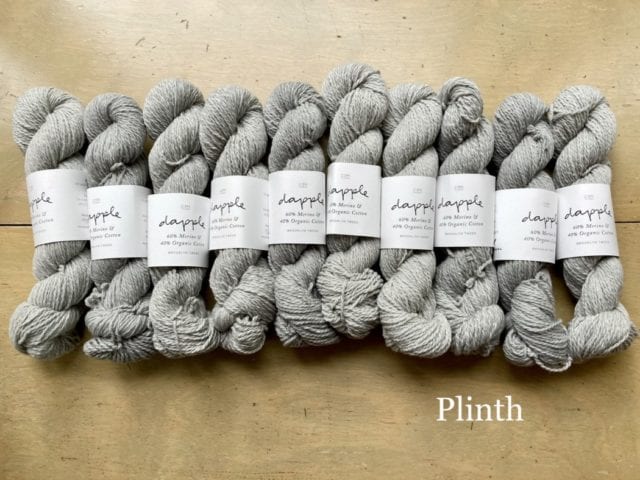 Order Dapple online for local pickup or USPS Priority Mail Shipping – thanks again for your support and understanding during our temporary closure! 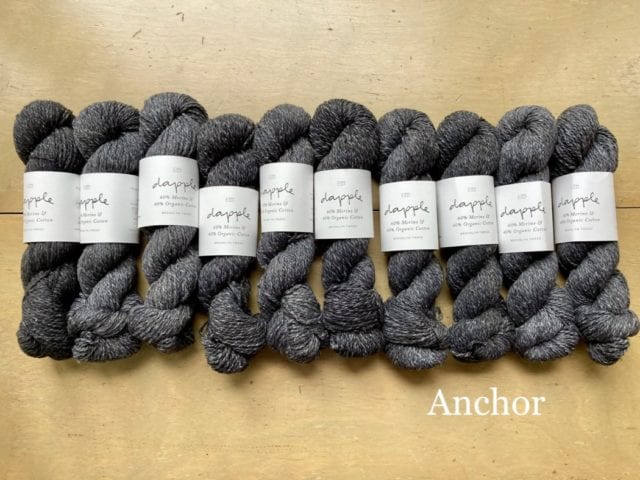 Though we’re in the midst of our Annual Inventory Sale, Dapple will not be discounted during this time. Thanks for understanding!