Ewe Ewe Wooly Worsted has become a staple here at the Hillsborough Yarn Shop, admired for its softness, easy-care, and steadily growing selection of solid colors. Ewe Ewe’s pattern support covers a range of projects, from baby blankets to small accessories to adult sweaters, a variety of garments that show the versatility of this plush yarn. Last week, we received a large box from Ewe Ewe, nearly doubling our inventory of the stuff, and bringing every missing color back to this basket. 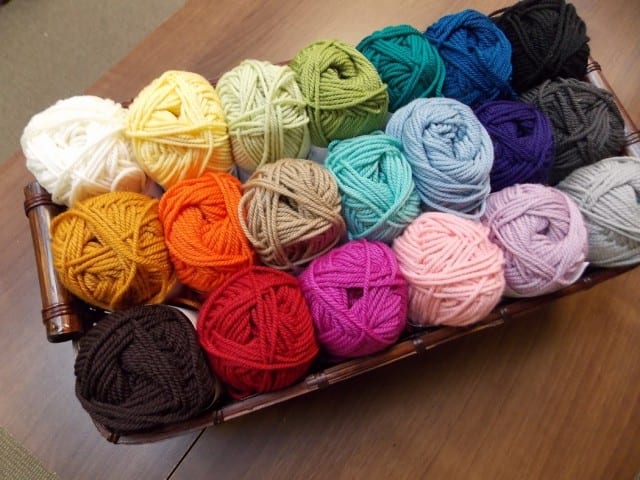 Anne and I have used Ewe Ewe Wooly Worsted for two shop samples. Anne made two “Boston Whaler” hats with just two skeins of Wooly Worsted, inverting the colorway for the second hat. The pink-on-indigo version stayed here at the shop, while the indigo-on-pink hat went to her granddaughter, of course. 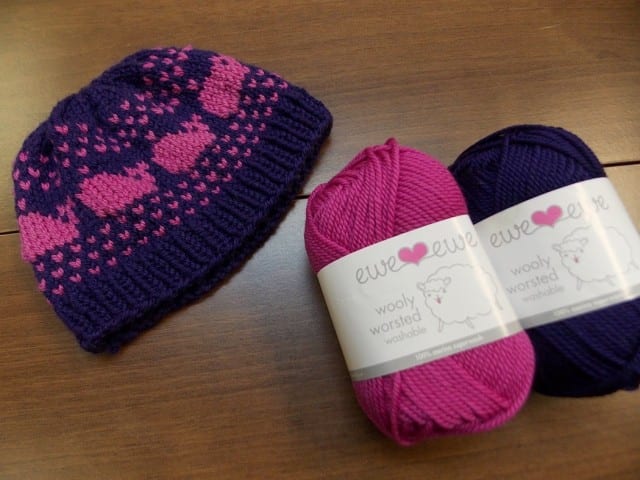 Now that Ewe Ewe comes in 20 colors, there are plenty more color combinations to play with, which of course is what I found myself doing as Rosi and I unpacked the yarn. 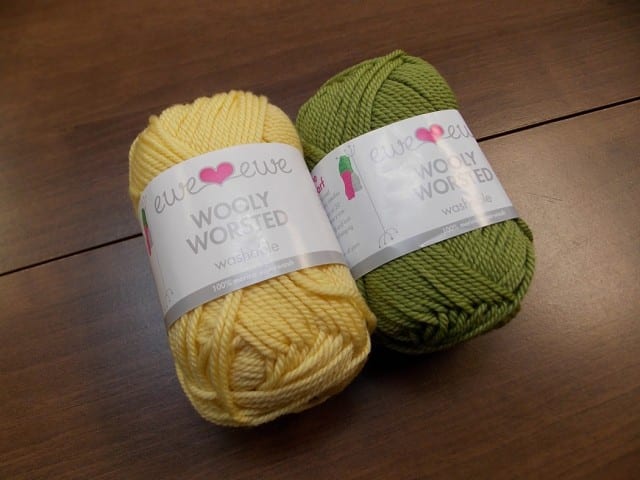 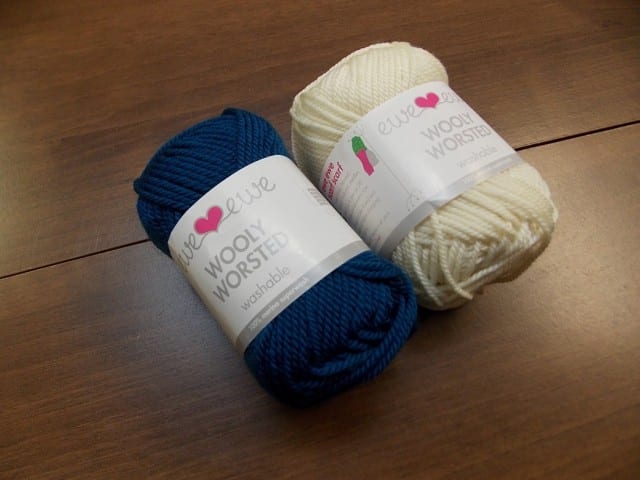 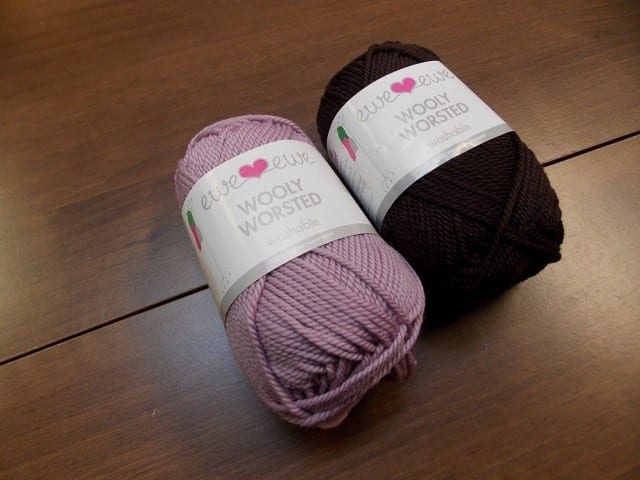 Ewe Ewe has lots of other patterns that call for two colors or more, including the “Easy as ABC Top-Down Raglan Baby Sweater,” the “Layer Cake Cowl,” and the newly released “Fireside Wristlets,” a free pattern for simple ribbed mitts. If you’re not in the market for a baby hat, but you still want to play the Ewe Ewe color-combining game, consider these! 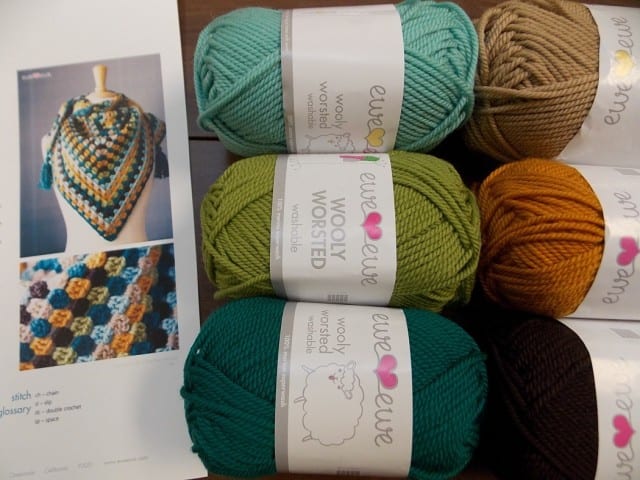 Our second Ewe Ewe Wooly Worsted sample is the “Wearever Wrap,” a colorful triangular shawl that I crocheted in just a few afternoons at the shop. When I saw the sample “Wearever Wrap” at market in June, I knew I’d like to make one for the shop, and selecting six colors was half the fun. 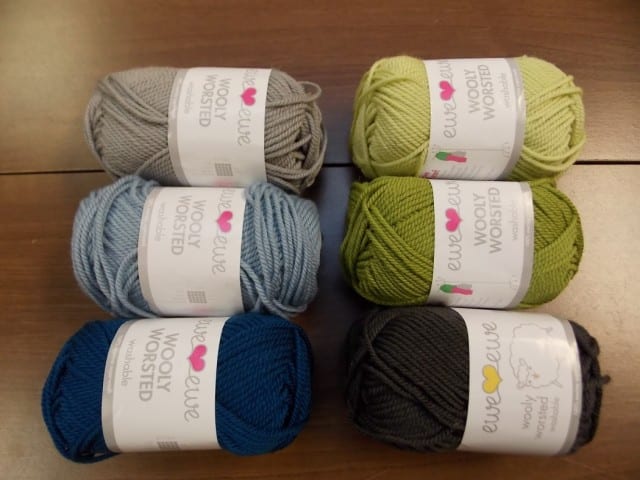 I used an H hook (5 mm), which was smaller than recommended in the pattern, and still it blocked out to a nice, generous size. 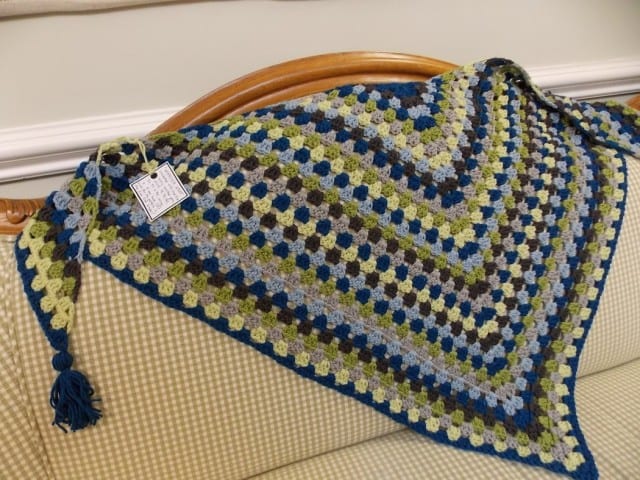 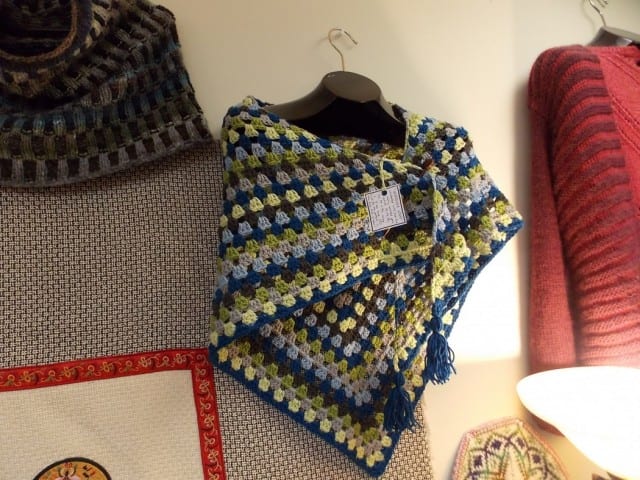 Come by the shop to flip through the Ewe Ewe pattern binder, admire Wooly Worsted in all 20 shades, and plan your next project!