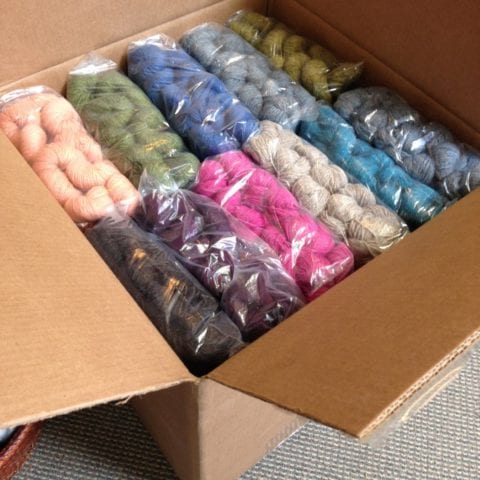 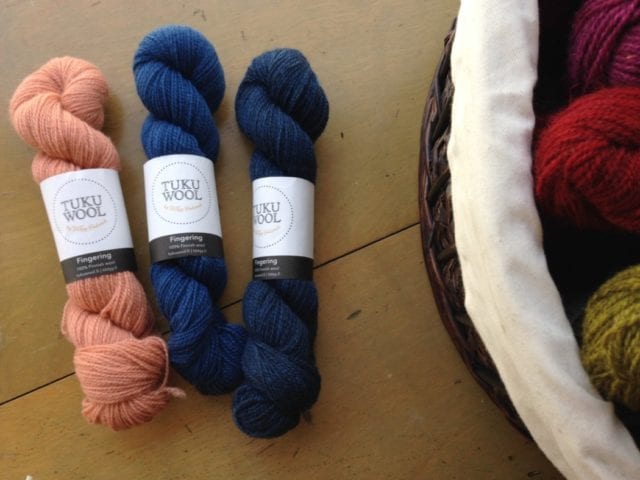 I knit two “Bousta Beanies” with this yarn and fell in love with it along the way. Its texture and color palette make it particularly well-suited to colorwork, I think, a quality that shines in local designer Kerry Bullock-Ozkan’s “Rionnag Cowl.” 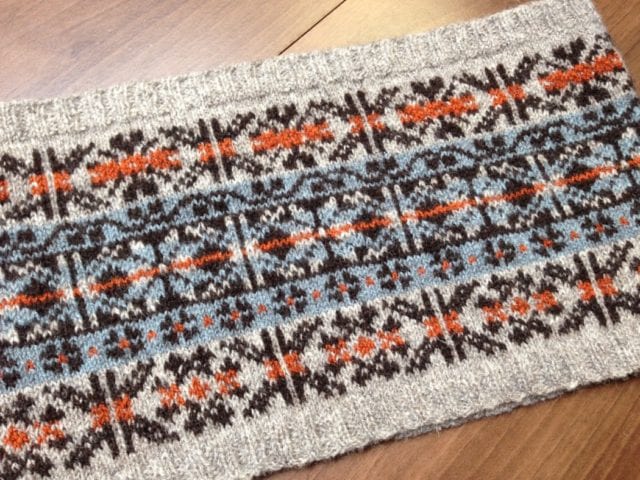 Perhaps you saw this cowl on display during our recent HYS Colorwork Trunk Show – it’s home with Kerry again, but still on my mind. We have print copies of the pattern here at the shop, but it’s also available on Ravelry. 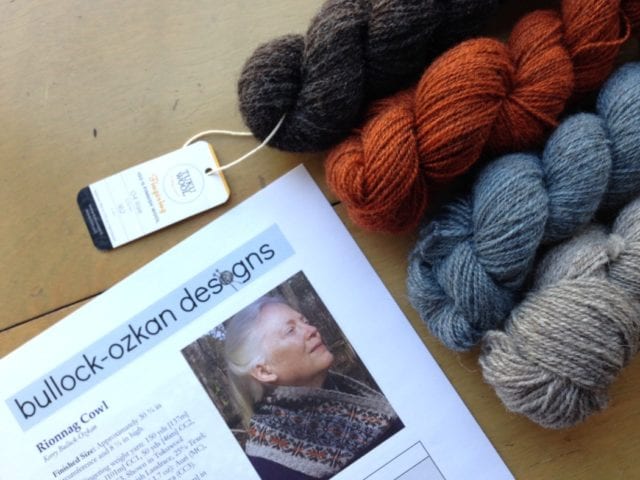 Unpacking that big box of Tukuwool, I contemplated quartets of color with this cowl in mind; here are a few I came up with. 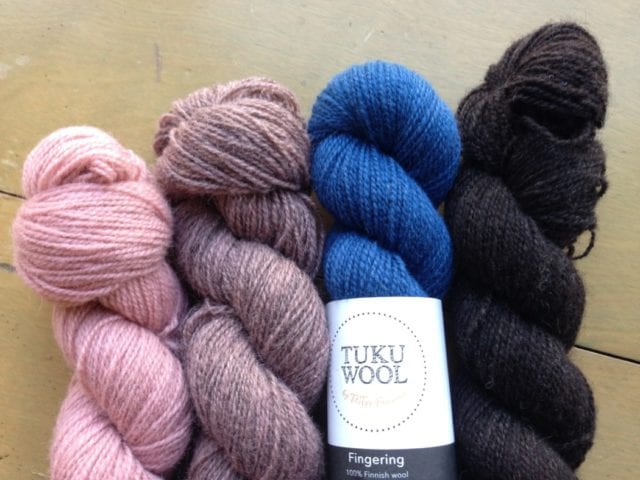 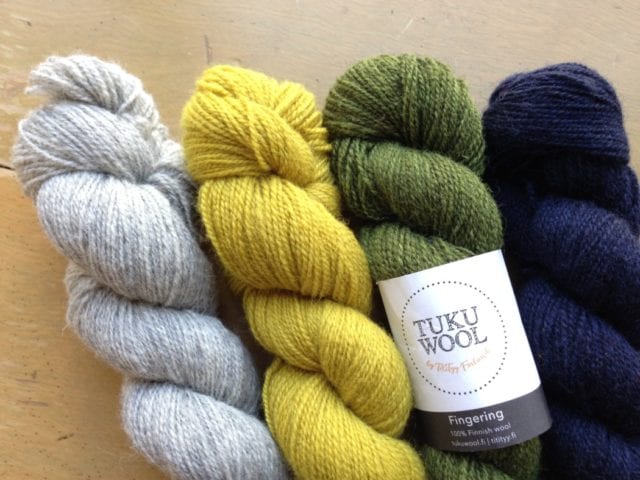 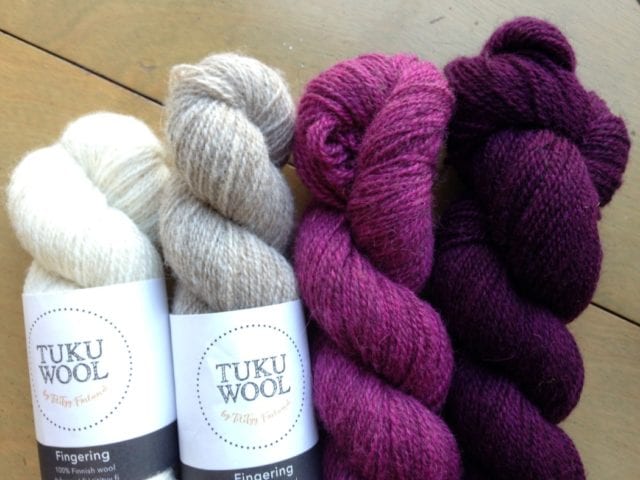 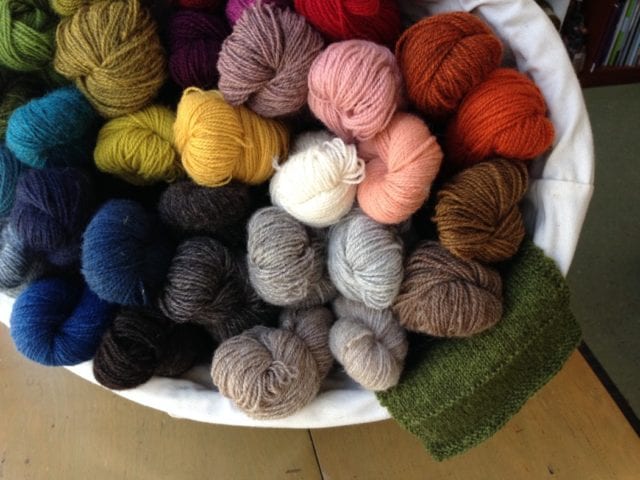