Our recent Shibui Mix Party resulted in a large Shibui order, which brought not only a new Shibui yarn, but plenty of new colors in Cima, Pebble, and Silk Cloud. 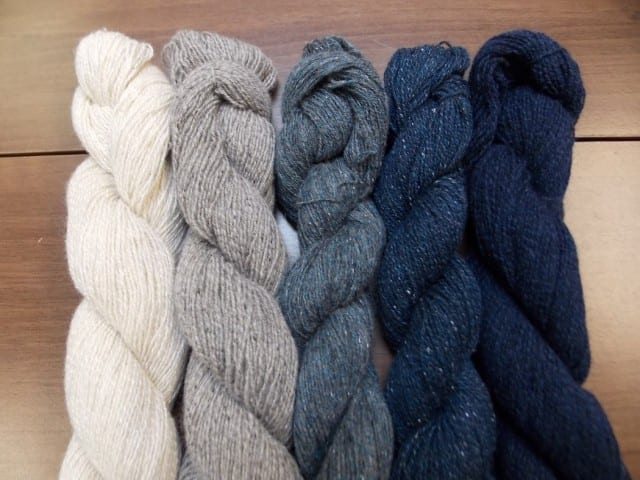 As I put out the new colors, I often arrange them in a spectrum, play with color combinations, and generally admire the stuff. 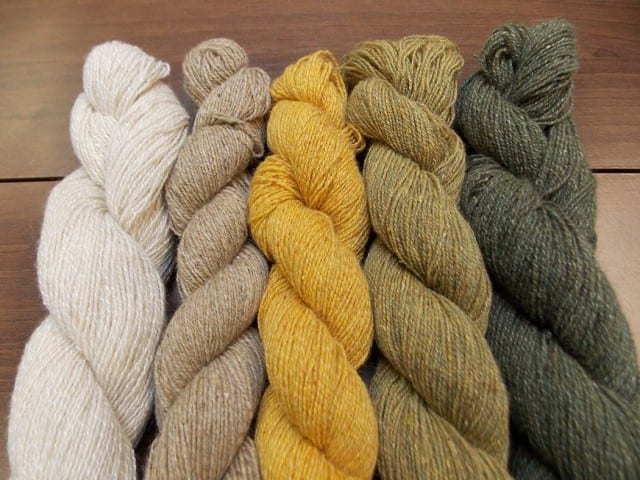 Thinking of the “Cliff Hat,” I began to group harmonious Pebble colorways in fives. 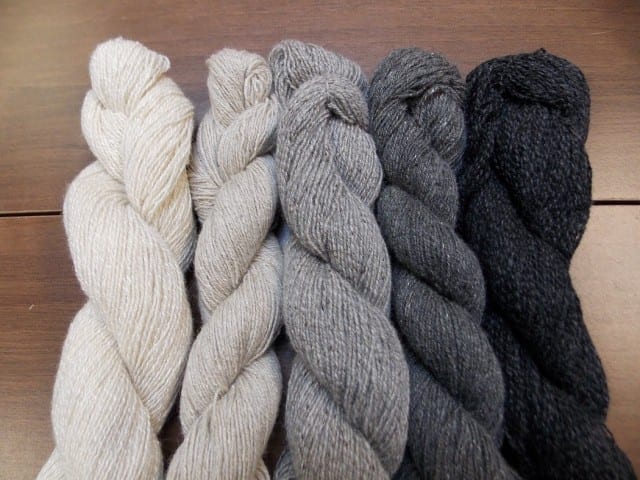 The “Cliff Hat” is a free pattern from Shibui knit using two strands of Pebble held together throughout, making a plush fabric that’s warm but lightweight. 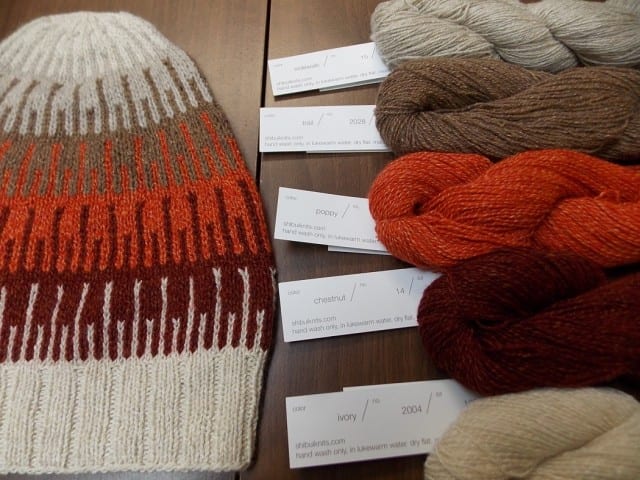 The simple, graphic motif makes a great introduction to stranded colorwork, where two colors of yarn are in use on any given row. 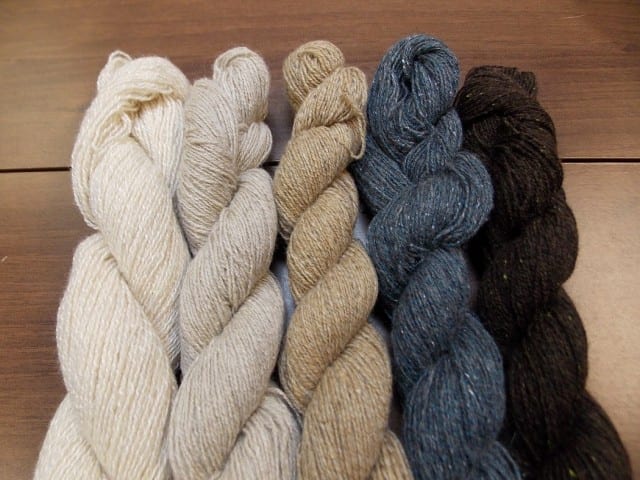 If this is a project that interests you, consider signing up for Amy’s “Cliff Hat” class, beginning May 17th! We have a sample “Cliff Hat” on display at the shop, so you can try it on for size. Come on in to put together a “Cliff Hat” colorway of your own! 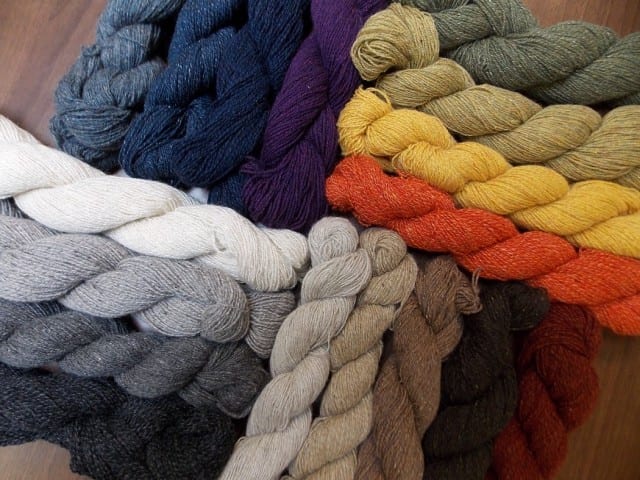