“Ascend” is a brand new pattern by Lucinda Iglesias, a bias-knit wrap with bold stripes at each end. 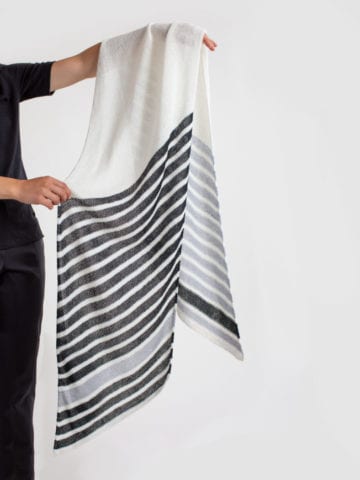 “Ascend,” by Lucinda Iglesias, knit with Shibui Koan in White, Abyss, and Ash.

Shibui Koan is a cool and lightweight blend of 70% linen and 30% mulberry silk, fibers known for drape and shimmer – they truly shine in this elegant warm weather accessory. 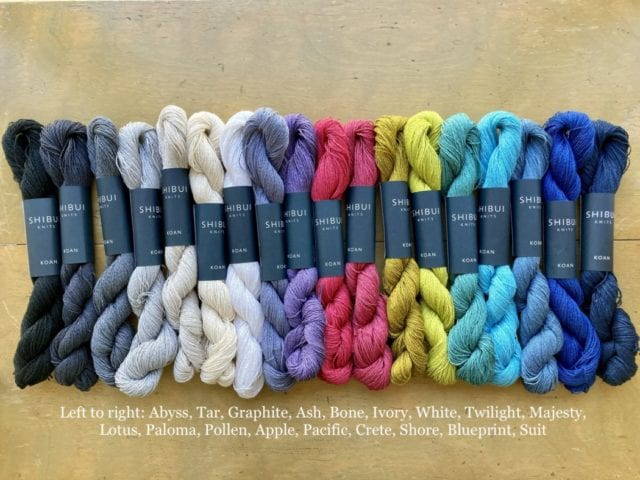 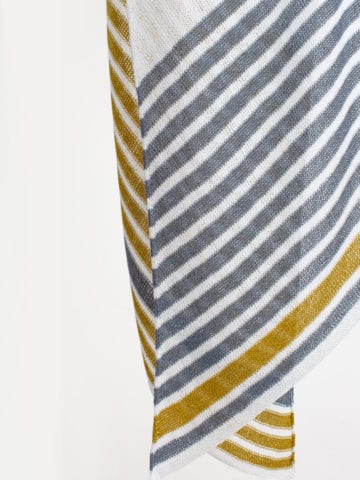 “Ascend,” by Lucinda Iglesias, knit with Shibui Koan in Ivory, Pollen, and Graphite. 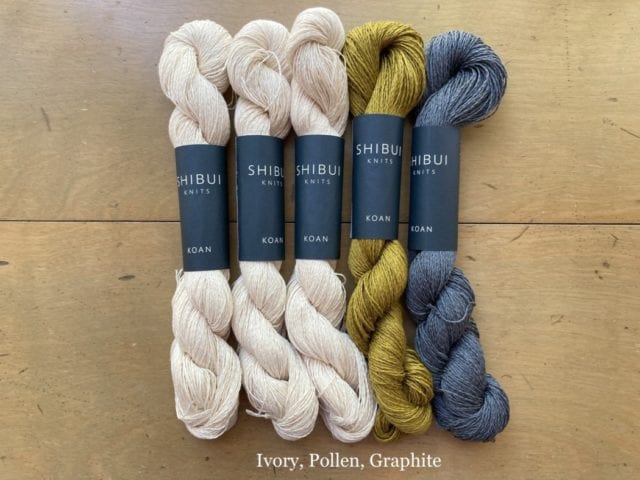 Shibui shows “Ascend” in two neutral colorways, one with a pop of Pollen; we’ve come up with a few more combinations! 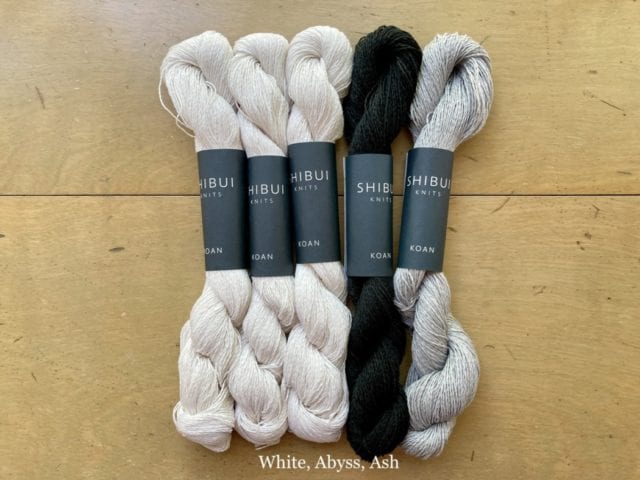 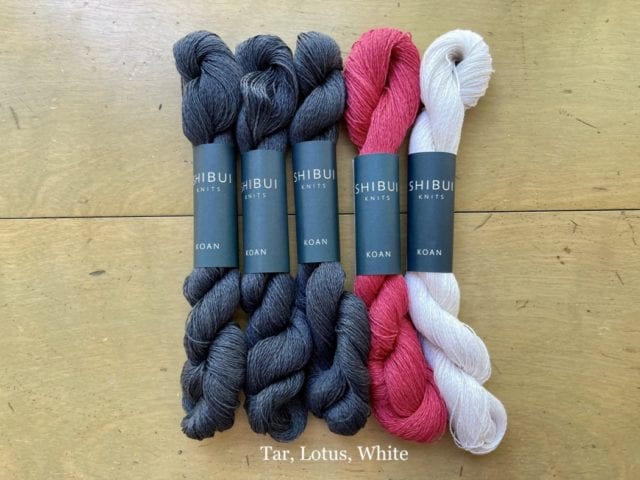 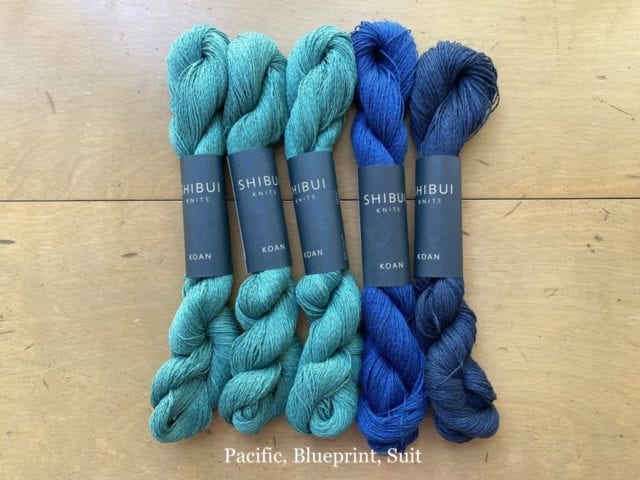 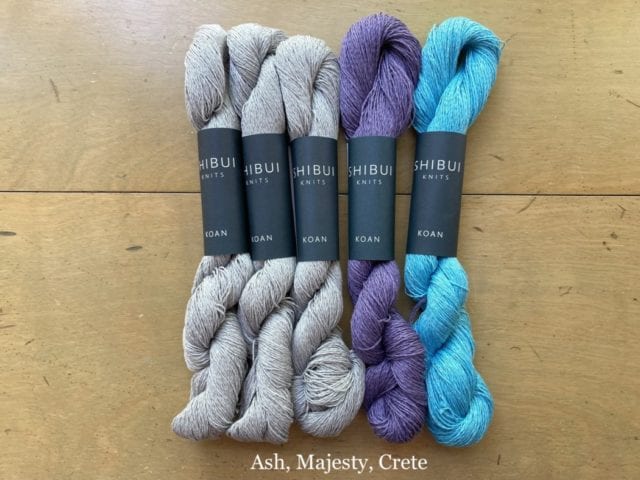 The pattern is free when you buy 5 skeins of Shibui Koan for the project – we’ll print a copy and include it in your order. Pick your favorite color combination and order online for local pickup or shipping, or make an in-store shopping appointment to choose for yourself!