For the past year or so, Nancy Leuer’s “Technicolor Cowl” has been a popular project here at the Hillsborough Yarn Shop. Calling for eight 50-yard mini-skeins of Dream in Color Classy, it’s a simple but entertaining project with a focus on color. 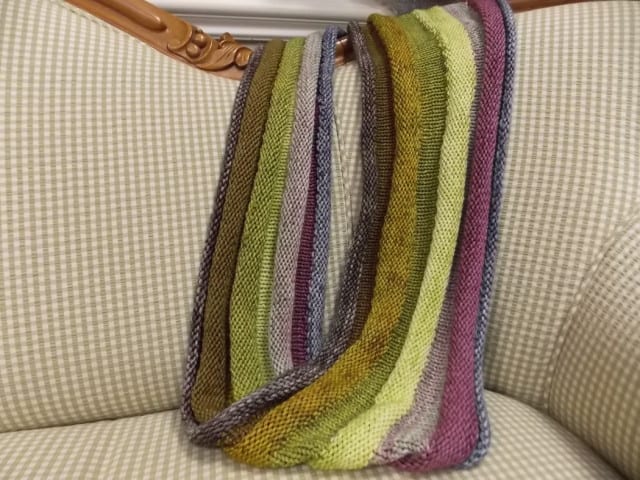 This cowl is knit in the round, with stripes of stockinette and reverse stockinette that make a squishy, textured fabric from this springy superwash merino yarn. 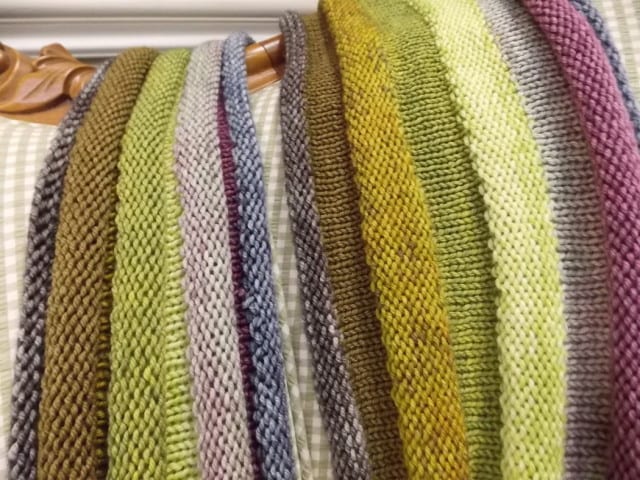 I knit the sample “Technicolor Cowl” that hangs over the worsted weight section, and it’s caught many an eye, inspiring knitters to put together their own color combinations. We’ve been lucky to capture some of them and share them here on the blog in show and tell posts. 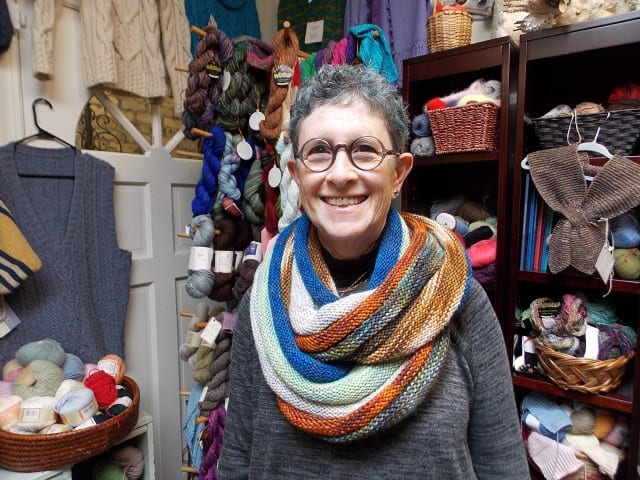 Here’s Joanne in her “Technicolor Cowl,” knit in eight shades of Alchemy Sanctuary. With a wide variety of colors, from pastel to earth tones to vivid blue and orange, Joanne’s cowl is technicolor, indeed. Josie, shown below in her cowl, took a similar approach, using Dream in Color Classy and Malabrigo Rios. 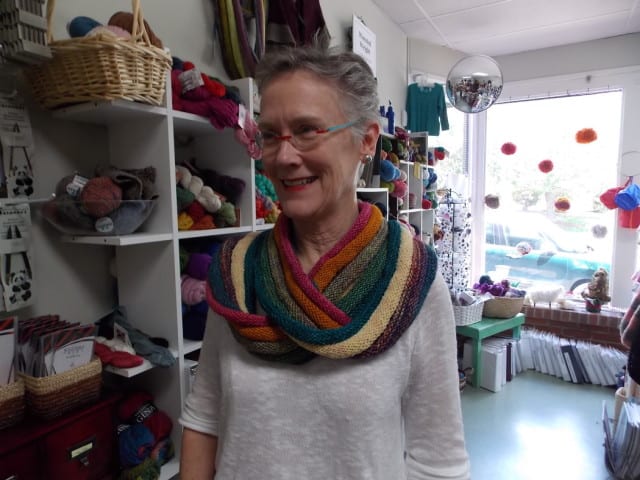 This pattern looks more subdued, but just as good in fewer colors, too. Debbie knit the “Technicolor Cowl” below in just three shades, with two skeins of green and three skeins each in gold and rust. 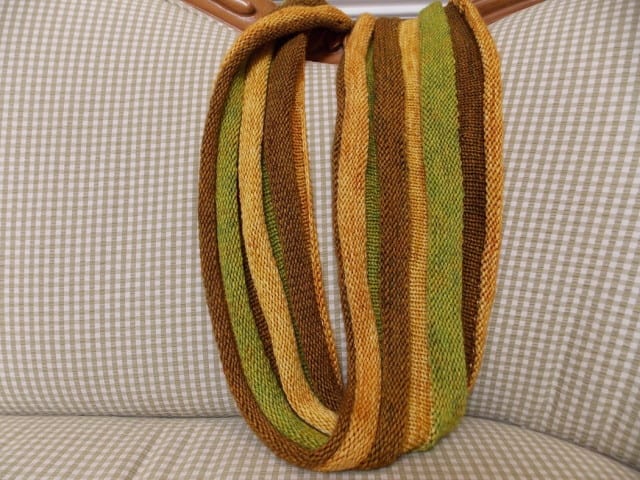 The pattern is free when you purchase eight Dream in Color Classy mini-skeins for the project, which I’m happy to report are back in stock. We now have two cubbies full of the stuff! 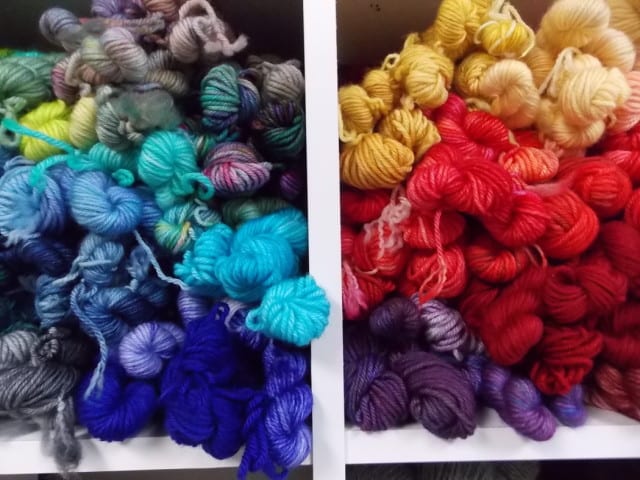 Dream in Color produces the Classy mini-skeins only occasionally, and the color selection is different every time. I was pleased to see a nice range of teals and blues in this batch that had been absent in the last two rounds of mini-skeins. 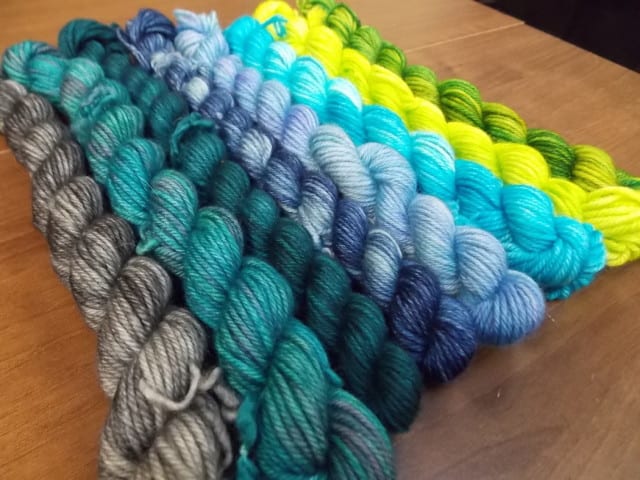 Look for Dream in Color Classy mini-skeins in the worsted weight section, and have fun picking colors for a “Technicolor Cowl” of your own!