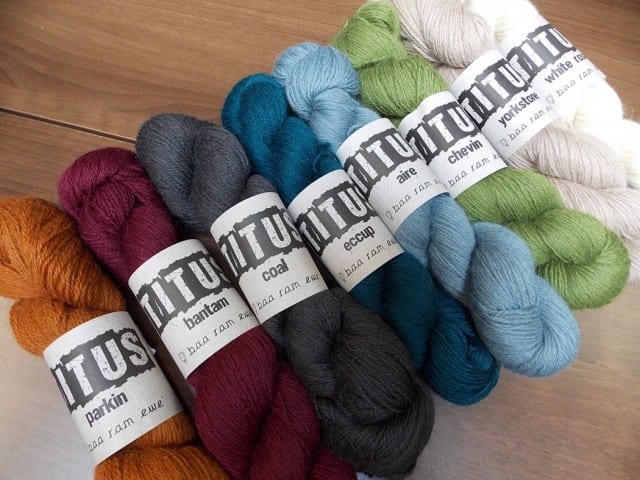 Each color is inspired by and named for some aspect of the Yorkshire landscape or culture: a deep, warm orange is called Parkin, a ginger and black treacle cake; a cool, pale blue is named Aire for the river that flows through Yorkshire’s traditional woollen district; a glistening white is called White Rose, for the flower on the Yorkshire flag. 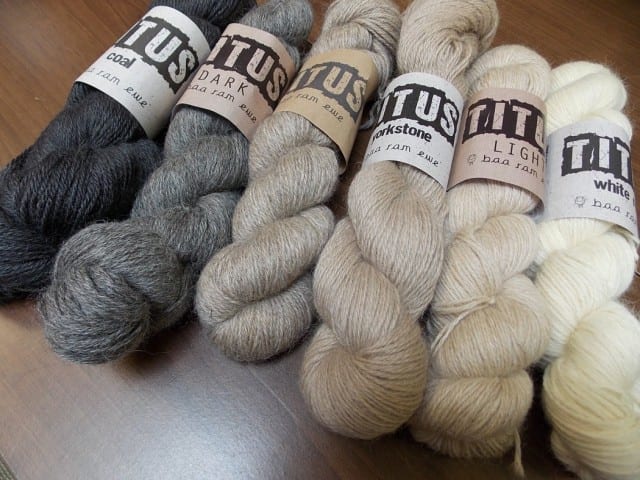 These new shades fill out the Titus palette quite nicely, expanding the range of neutral colors beyond even those initial three. 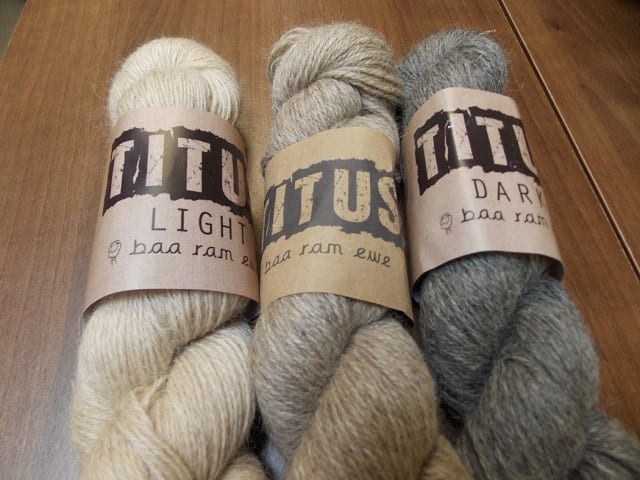 A lovely knitter we know, Margaretta, has been working on a Color Affection shawl in the three original shades of Titus; here’s a sliver of her shawl-in-progress, still on the needles. 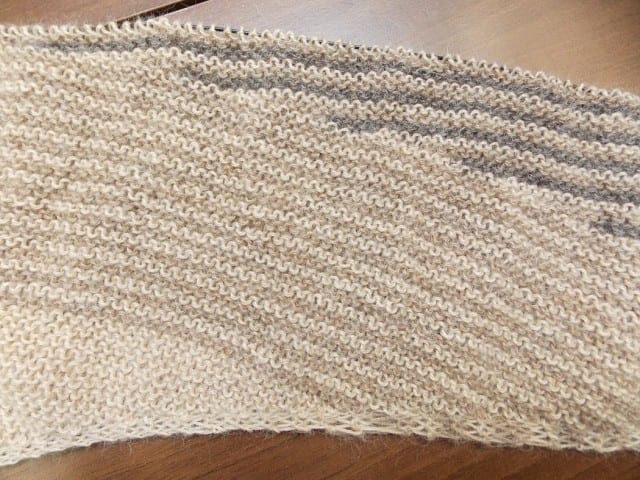 I thought of Color Affection as I was photographing the new Titus Shades, and couldn’t keep myself from arranging them into groups of three that I thought would make nice Color Affection combinations. 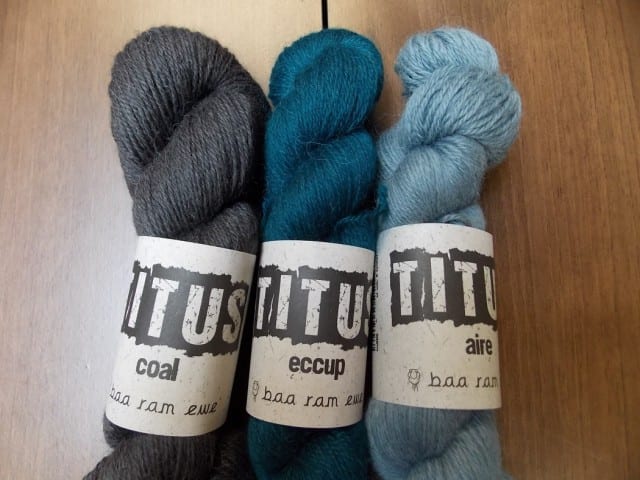 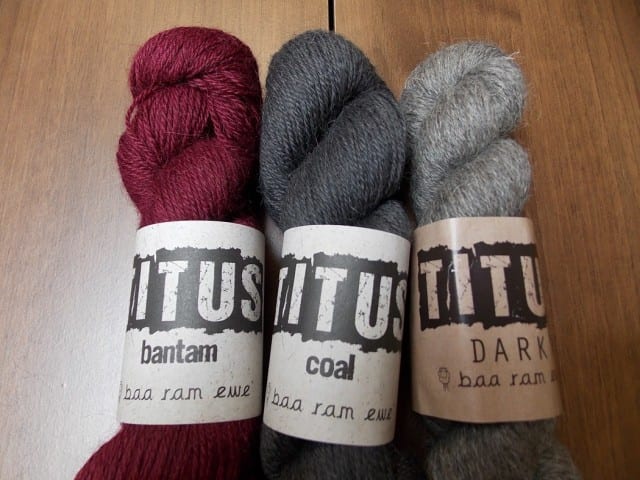 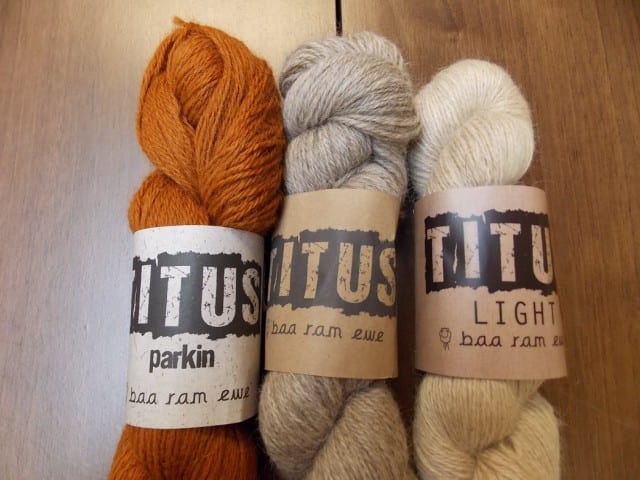 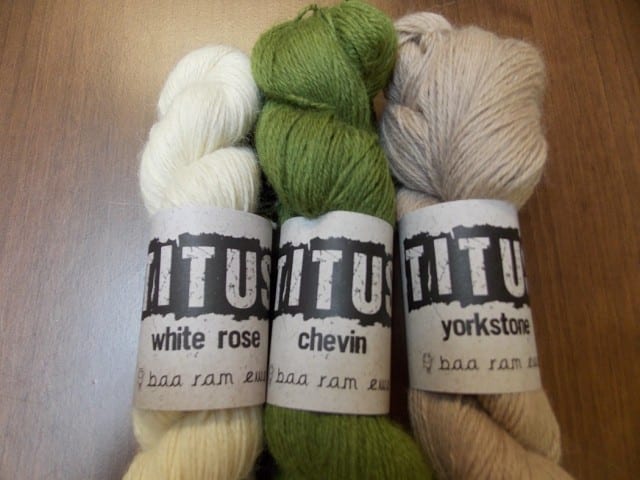 When Anne gave me the enviable task of creating a shop sample with Titus Shades, we brainstormed for a long time. Would stripes or stranded colorwork be the best way to show off these new colors? What kind of garment should it be? We finally decided on a lacy, striped cowl, and I got as far as casting on for that cowl when Margaretta came in to see Titus Shades with her Color-Affection-to-be in hand. At that slightly open gauge, Titus posseses the “drape and softness of a sleeping cat,” to borrow a phrase from Clara Parkes. Anne and I agreed that I really ought to be knitting Color Affection, and I ripped out my cast-on to begin again. I’m now a handful of rows into it, enjoying every stitch. 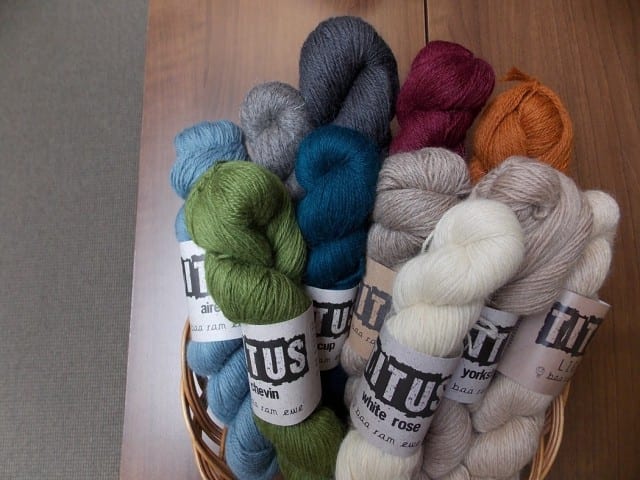